Tomorrow, the House Rules Committee will consider an amendment to protect legal marijuana states from federal interference. Assuming it gets ruled in order, there will then be a crucial vote in the full House of Representatives.

This critical measure is known as the bipartisan Blumenauer-McClintock-Norton-Lee amendment, after Representatives Earl Blumenauer (D) and Barbara Lee (D) as co-Chairs of the Cannabis Caucus, Tom McClintock (R), and Eleanor Holmes Norton (D).

Last session, lawmakers in the House overwhelmingly approved this amendment by a bipartisan vote of 267 to 165. Unfortunately, the language was not included in the final legislation that was implemented.

We need your help to ensure that we have the votes necessary to win again. Send a message to your Representative now!

For context, since 2014, members of Congress have passed annual spending bills that have included a provision protecting those who engage in the state-sanctioned use and dispensing of medical cannabis from federal prosecution by the Department of Justice. Existing language now maintains that federal funds cannot be used to prevent states from “implementing their own state laws that authorize the use, distribution, possession or cultivation of medical marijuana.”

The bipartisan Blumenauer-McClintock-Norton-Lee amendment removes the word “medical” from the current language — thereby extending these protections to both qualified patients and to adults, as well as to those licensed in both the medical and recreational industries.

The time has come for Congress to expand these important protections to adult-use legalization states. Today, nearly half of Americans reside in a jurisdiction where the adult use of cannabis is legal under state statute.

Send a message right now to your representative and urge them to support this amendment and fight to keep this language in the final version of the CJS appropriations bill. 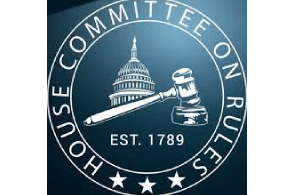