Some are spinning, some are confused and some should know better. Yes, Florida’s medical cannabis environment is like being in the Matrix but that doesn’t mean there’s an excuse for lazy research and opinion writing that lessens the chance of disabling the Sentinels. 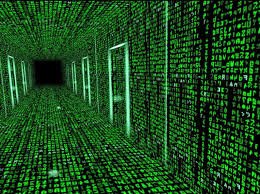 A wise publisher once advised me that the marijuana business news reporting was “normally lightweight but generally not incorrect. It’s the ‘financial press’ who normally write the most [mess]. Usually because they are spinning.” —or blissfully ignorant, in my opinion.

In The Motley Fool article we are discussing today, indeed both schools of cannabis press have exhibited the poor practice of misreporting in this example from Feb 28, 2020: The Motley Fool Article: Marijuana THC Cap Amendment Filed in Florida Senate.¹

To begin, I think we can all agree that 28 weeks is quite a long time. If you’re bad at math, like I am, that equals seven long months. That’s a lifetime in today’s evolving, fast-paced cannabis news cycle. Especially when Florida is involved.

Seven months spans all the way from last summer 2019— immediately following the passage of the smokable delivery method of whole flower in spring 2019— all the way up to our current Florida winter 2020. And let me tell you, Florida’s medical cannabis has grown exponentially in that time.

Screenshot of The Motley Fool logo and URL address | March 2, 2020

The name says it all: The Motley Fool.

Who knew the title was quite literal in this instance, not just a figure of speech? After their Feb 28, 2020 report by Eric Volkman titled Marijuana THC Cap Amendment Filed in Florida Senate, I know it’s oftentimes literal, and soon you’ll know too.¹

The title alone is correct, but misleading. An amendment style to cap THC limits in the Florida medical marijuana program was indeed filed.²

Even more troubling is that his source is the nationwide advocacy and activist organization Marijuana Policy Project.⁴

I know firsthand that these identical statistics have been posted since summer 2019, or seven months ago!

So with this one article, here we are 28 weeks later, reading the wrong information:

“Florida’s medical marijuana program could become more restrictive if the state’s legislature approves an amendment to a healthcare bill currently being considered. On Friday, state Sen. Gayle Harrell, a Republican, filed an amendment capping the concentration of THC in legal cannabis to 10% for patients under the age of 21, unless they suffer from a terminal illness.²

“Harrell is not the only state politician eager to cap THC content in products for sale to certain patients. Other Republicans in both the state’s Senate and its House of Representatives have expressed similar ambitions.

“At the moment, Florida law allows for full-potency THC in cannabis. With the increasing sophistication of growth technology, however, some cultivators have developed powerful, THC-rich strains of the plant. Most marijuana contains an average of roughly 25% of THC, although that percentage can be significantly higher in certain varieties.”¹

There is more to the article after you hit the “Read More” button; however, you have to put in your email address and sign up for The Motley Fool newsletter in order to read the rest of the article. No thank you.

Let’s dissect the portion of the article available to the public that we read above. There are several areas with mistakes, namely three, which I will highlight below.

“However, since Florida is a populous state that has a great many senior citizens, there is a relatively large customer base for medical marijuana. According to advocacy group Marijuana Policy Project, as of last July there were just over 240,000 patients registered in the state’s medical cannabis program.” ¹,⁴

As of February 28, 2020 when this article was published, Florida had a total patient count of a whopping 321,144 registrants.⁷ It should be noted that we only have 2,591 registered cannabis physicians for all of those patients throughout the state.

I double-checked the Marijuana Policy Project⁴ website on March 6 and the numbers that they gave are horrendously outdated, from July 2019, a long 28 weeks ago:

“A key marijuana company catering to this market is dispensary operator Trulieve Cannabis (OTC:TCNNF). Trulieve has 35 stores throughout the state.”¹

Again, it pays to do your homework. In actuality, the February 28, 2020 OMMU Weekly Update⁷ reports that Trulieve’s physical footprint in Florida has grown to 45 stores.⁷ That’s ten more than reported here.

The largest operator in the state, Trulieve has dispensed 48 million milligrams of medical cannabis solely within the February 21 to February 27 time frame.⁷

For comparison, the closest medical cannabis competitor Surterra has only 39 stores and dispensed almost 9 million milligrams, a fifth of Trulieve’s business.⁷

“The company hasn’t yet weighed in on the latest legislative developments in Florida. On Friday, Trulieve’s stock closed up by over 3%.”¹

This is categorically untrue. Not only do many dispensaries have full-page announcements about the THC cap on their main online lending page, but also Trulieve goes a step further and includes a call to action where you can look up your legislator and send a form letter in opposition.⁶

In addition, as a patient, I received the following two emails from trulieve asking me to take action to prevent the THC cap from being made into a law:

“”As announced on February 13th, Florida lawmakers are pushing a new law that will force medical marijuana companies to grow low-grade plants with low concentrations of THC and will put a general limit on THC in most forms of medication.

This bad law will force medical marijuana patients to buy more, smoke more, and vape more in order to receive the same dosage recommended by their physician.

This will raise the cost for already sick patients.

This new law will force medical marijuana companies to grow low-grade plants with low concentrations of THC as well as enforce a general THC limit in all forms of medication patients have come to rely on.

This will then require medical marijuana patients to buy more, smoke more, and vape more in order to achieve the same dosage recommended by their physician.

I would say that this constitutes a company paying attention and weighing in quite loudly. Unlike Volkman’s article that claims that “The company hasn’t yet weighed in on the latest legislative developments in Florida.”¹

Perhaps they have not sent out a public press release as of the writing of this article but that does not excuse sloppy journalism. In this case, outdated statistics and alarmist language implemented by The Motley Fool and Marijuana Policy Project (MPP) respectively.

While The Fool may not know any better, the MPP is a huge national organization that patients, clinicians, advocates, and activists rely on. They should keep more up-to-date figures for reference, in my opinion, so reporters and readers alike can know the exact patient number count as of the current date. 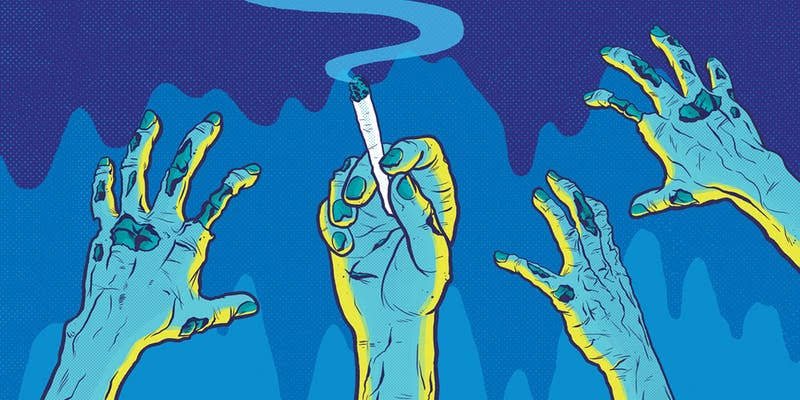