In the Luis Pasteur Park several collectives settled in a camp at the beginning of the year and planted them with cannabis, the aim of making it the “first non-clandestine plantation”

On one side of the Senate of the Republic, a marijuana plantation has begun to grow , due to the climatic conditions in Mexico City . 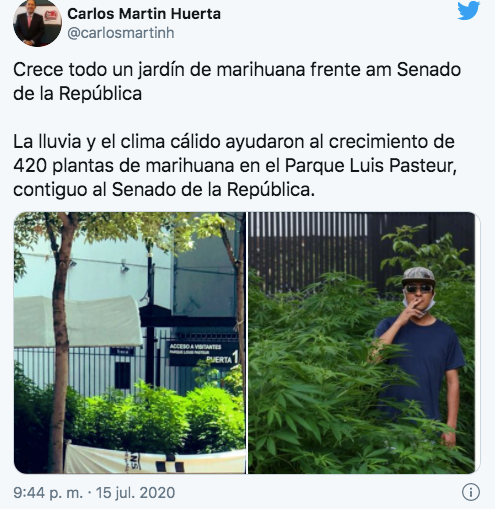 In the Luis Pasteur Park , which is located next to the Senate , several groups settled in a camp earlier this year to demand that legislators regularize cannabis .

For this reason, in two square meters of the public garden, the groups planted the fields with the aim of making it the “first non-clandestine planting” , say the activists.

For his part, the president of the Justice Commission in the upper house, Julio Menchaca Salazar , explained that the law for the regulation of marijuana, which was approved generally last Wednesday, will help to combat violence rates in Mexico.

Also read a report in the Hill… https://www.24-horas.mx/2020/07/15/crece-plantio-de-marihuana-a-un-costado-del-senado-de-la-republica/ 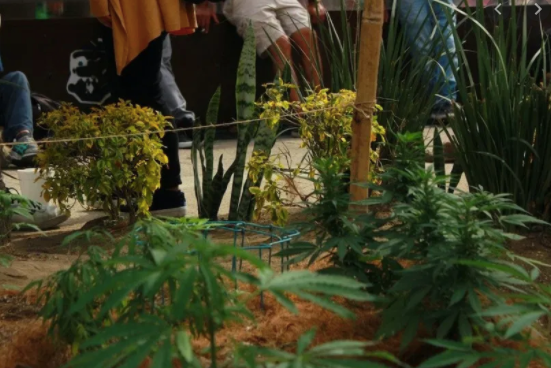