COLUMBUS (WCMH) — Six people have been charged by a federal grand jury with selling a liquid form of psychedelic mushrooms online, including to a customer in Columbus.

Charges include attempting and conspiring to manufacture, distribute, and dispense controlled substances to customers all over the country.

Prosecutors allege the defendants used cryptocurrencies via a hidden part of the worldwide web called the dark web in order to evade detection. They allegedly sold the liquid in nine milligram vials for approximately $20 each through the moniker TRIPWITHSCIENCE.

Prosecutors say the defendants sold millions of dollars worth of the hallucinatory liquid.

Each defendant faces up to 20 years in prison if found guilty.

In addition, the government is seeking to recover a 2016 Tesla Model-X Wagon, and land in Colorado valued at more than $1.5 million.

6 charged with selling millions in magic mushrooms via dark web 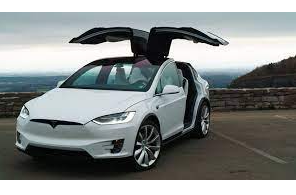