While Senate Finance Committee Chairwoman Liz Krueger (D) didn’t explicitly confirm what kind of language was agreed upon, she said in the new radio interview that she’s “extremely pleased with the agreement that we have come to” with the governor when it comes to giving adults a home grow option and how to allocate cannabis tax revenue for social equity purposes.

Her bill—the Marijuana Regulation and Taxation Act (MRTA)—would let people grow a limited number of plants for personal use, whereas Cuomo’s reform plan, which he included in his annual budget request, would continue to criminalize people for cultivating their own cannabis. Advocates also prefer the legislature’s approach to social equity funding, which they believe will lead to a steady and ongoing stream of support for communities most impacted by the war on drugs. 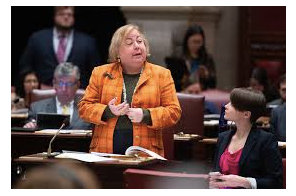