If you wish to re-publish this story please do so with following accreditation
AUTHOR: Richard Bardenstein, Hoban Law Group
PUBLISHER:  CANNABIS LAW REPORT 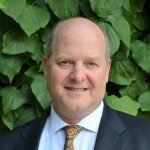 A decision by Israel’s Securities Authority last week opens the doors for cannabis companies from around the world to explore a public listing on the Tel Aviv Stock Exchange, even though recreational use is not legal in Israel.

Israel may very soon become not only a well-known center for cannabis innovation and R&D, but also a destination for cannabis companies from around the world seeking to raise capital in the public markets.   This is the main import of a decision issued last week by the Israel Securities Authority, not to oppose a pending merger between an Israeli public company and a private company that grows cannabis for recreational use in California. The Securities Authority, in a potentially far-reaching precedent, ruled that it would not oppose the merged company’s public offering of shares even though its activity includes cannabis products for recreational use, which is not legal in Israel.

P.T.L. Financial Services Ltd., listed on the Tel Aviv Stock Exchange (TASE), announced a merger agreement in February 2019 with Ilan Bio, an Israeli private company focused on several cannabis verticals, including cultivating, manufacturing and distributing cannabis products for the recreational market in California. Ilan Bio produces cannabis oil, tissue culture plantlets and other consumer products from its licensed facility in Hollister, CA, the company’s main source of operating revenues in 2018. The Securities Authority and TASE had to decide whether such activity for the recreational market, illegal in Israel, would prevent the merger from going forward and the merged company from issuing its shares to the public. Under Israel’s Dangerous Drugs Ordinance, if an Israeli person or company commits an act outside Israel that would be a drug-related crime had it been done in Israel, it is as if that person committed that crime in Israel, and could be prosecuted. But the law does not address, one way or another, the situation in which those acts are legal in the state where they were done.

After lengthy deliberations involving the Justice Ministry’s central Office of Legal Counsel and Legislative Affairs, the Authority notified the company that it would not oppose the public issue of the PTL’s shares based on Ilan Bio’s cannabis activities, including its US activity for the recreational market, and that the company could get a permit to publish a prospectus based on that adult use activity, subject to completion of the merger.

This new decision effectively opens the gates to companies and capital from outside Israel, who may wish to take advantage of Israel’s progressive attitude toward development of the cannabis industry. Israel has long had a strong reputation as a hotbed of cannabis innovation and R&D, ever since THC was first isolated from the marijuana plant by Prof. Raphael Meshoulam at the Hebrew University of Jerusalem in 1965. The past two years have witnessed a strong swell of public listings of cannabis companies on the Tel Aviv exchange – but until now, only companies based in Israel, pursuing non-recreational strategies, and funded largely by local investors.

Yair Ephrati, Head of Investment Banking at Value Base, which represents Ilan Bio in the merger, as well as several of the larger cannabis companies which have gone public on the TASE, said that the decision “opens the door for American and Canadian cannabis companies to list on the Tel Aviv Stock Exchange. TASE has over 15 cannabis-related companies currently traded with strong liquidity and attractive valuations. The combination of the North American market with Israeli cannabis knowhow can create global leaders in the field.”

For American cannabis companies that ‘touch the plant’, the federal legal and regulatory landscape has made the idea of listing outside the US an easy call. But the Israeli ruling comes at a time when the Canadian public markets for cannabis companies have softened, so companies of a sufficient size might find Tel Aviv an interesting avenue now, especially if their strategy involves incorporating Israeli technology or R&D.

Until now, Israeli institutional investors have been reluctant to take positions in public cannabis companies, which have not yet developed significant, steady revenue.   Experts think that the arrival of substantial foreign companies may lead the Israeli institutionals to take a further step towards entering the cannabis public markets, which itself would be a major development in Israel’s rapidly growing industry.

Richard Bardenstein is Hoban Law Group’s resident attorney in Israel and leads its Israel-related practice. He advises foreign investors, companies and governments seeking to do business in Israel, and Israeli companies seeking partners, markets and capital abroad. He can be reached at richard@hoban.law . 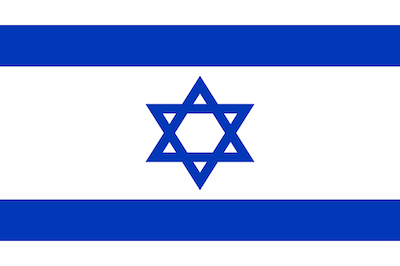