If this news sounds familiar, it’s because the Commonwealth certified these same eight ACRCs on May 14, 2018, prior to the Pennsylvania Commonwealth Court’s issuance of an injunction precluding the Commonwealth’s Department of Health (DOH) from issuing licenses to CRs. That case, AES Compassionate Care, LLC v. Rachel L. Levine, 233 MD 2018, is still pending, but the injunction did not stop the Commonwealth from partially revising the CR regulations on August 18, 2018, or to reissue the prior ACRC licenses on September 21. The DOH is proceeding with its cannabis research mandate, as provided under the 2016 Medical Marijuana Act (MMA), in apparent disregard of the Commonwealth Court’s continuing injunction.

The DOH has good reason to move quickly on certifying medical research on cannabis in the Commonwealth. On September 18, 2018, the federal Drug Enforcement Administration (DEA) approved a clinical trial by the University of San Diego’s Center for Medical Cannabis Research. The study will explore the potential benefits of capsules containing both cannabidiol or CBD and tetrahydrocannabinol (THC) produced by British Columbia−based cultivator Tilray, Inc.

While the DEA has been slow to approve any cannabis-based research studies, DEA approval is a required predicate for cannabis research studies under the MMA. Now that the DEA is actually approving such studies, it is imperative for Pennsylvania to establish a legal mechanism to allow those studies to proceed before other states, such as California, corner the market on medical marijuana research.

The DOH, an executive department, is threading a fine line between the judiciary, which is presently reviewing its regulations in the AES Compassionate Care, LLC action, and the legislature, which has been approving the somewhat revised regulations that are the subject of the Commonwealth Court’s review. The DOH’s willingness to forge ahead with regulations, reissuance of ACRC licenses and the anticipated issuance of CR licenses exemplifies the Commonwealth’s commitment to promoting cannabis research in Pennsylvania. 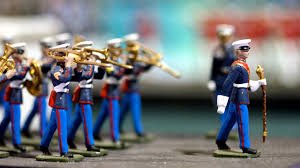