A quick reminder, diarise Wednesday 10 July 2019, “Congress to Hold Historic Hearing on ‘Marijuana Laws in America: Racial Justice and the Need for Reform;’ Cannabis Trade Federation Leader to Testify at Request of the Committee’s Minority”

Neal Levine’s testimony  This is what he’ll say

Here’s their full press releaseWASHINGTON — The House Judiciary Subcommittee on Crime, Terrorism, and Homeland Security will hold a hearing Wednesday at 10 a.m. on “Marijuana Laws in America: Racial Justice and the Need for Reform.” It will be the first congressional hearing in history to examine cannabis in the context of ending prohibition. While it is not expected to focus on specific legislation, it is believed it will set the stage for legislative markups by the full House Judiciary Committee at a later date.Cannabis Trade Federation CEO Neal Levine was invited to testify at the hearing at the request of the Committee’s minority. Three additional witnesses were invited by the majority. His written testimony — which is embargoed until Wednesday at 10:30 a.m. ET — is available now at http://bit.ly/CTFtestimony. The following excerpt from his testimony has been approved for immediate release:

“We have a long way to go with respect to reversing the harms caused by marijuana prohibition and need to begin the process as soon as possible. The question before this Subcommittee and before Congress is whether there is a willingness to advance a bill to the President’s desk that will immediately address nearly all of the issues I have raised. With strong bipartisan support for legislation like the STATES Act, it is possible during the current session of Congress to take major steps toward respecting state cannabis laws, protecting workers, and advancing a more secure, vibrant, and equitable cannabis industry. We hope that Congress will take advantage of the opportunity.”

WHAT: House Judiciary Subcommittee on Crime, Terrorism, and Homeland Security hearing on “Marijuana Laws in America: Racial Justice and the Need for Reform”
WHEN: TOMORROW, Wednesday, July 10, 10 a.m. ET
WHERE: Rayburn House Office Building, Room 2141
WHO: Subcommittee members and witnesses, including: 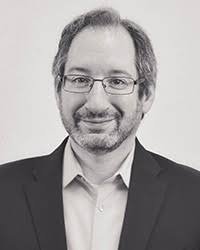