AAMC Article – Op – Ed : How risky is recreational marijuana use? No one really knows.

How risky is recreational marijuana use? No one really knows.

As more states legalize recreational cannabis, physicians and scientists still know very little about its risks and benefits. That’s largely due to federal restrictions on research.

Less than two miles from Ryan McLaughlin’s cannabis research lab at Washington State University (WSU) in Pullman, there are dispensaries that legally sell cannabis products many times stronger than what his lab can obtain through the federal government for research.

“It’s very frustrating for me in a state that has legal recreational cannabis,” says McLaughlin, PhD, an associate professor of integrative physiology and neuroscience and part of WSU’s Center for Cannabis Policy, Research, and Outreach. “I could go to a cannabis store and … [find] everything under the sun and different ways of consuming it. But for me, as a researcher, my hands are tied.”

McLaughlin uses animal models to study the effects of cannabis use on the brain and behavior. But because cannabis is labeled a Schedule 1 drug by federal law, meaning it is considered to have high potential for abuse and no accepted medical benefits, McLaughlin can only obtain his product from the University of Mississippi, the sole grower authorized by the U.S. Drug Enforcement Agency.

“We have one resource and the highest concentration with THC [tetrahydrocannabinol] is 12%,” McLaughlin says, referring to the chemical in cannabis that is psychoactive and produces a high. “That’s on the low end talking about the recreational market.”

In the 1990s, the average potency of the cannabis flower was about 4% THC, but that has risen to more than 20% today — and some highly concentrated products used for dabbing (the inhalation of vaporized cannabis oils) can contain more than 90% THC, says Rosalie Liccardo Pacula, PhD, the Elizabeth Garrett Endowed Chair of Health Policy, Economics, and Law at the University of Southern California (USC) Sol Price School of Public Policy.

While recreational marijuana legalization has been a hot-button political issue, medical and health policy researchers who study cannabis, commonly known as marijuana, are urging a focus on expanding research to guide evidence-based health policy.

This topic regained attention when, in October, President Joe Biden announced the pardon of all prior federal offenses of simple marijuana possession and directed the Secretary of Health and Human Services and the U.S. Attorney General to consider rescheduling the substance. In November, voters in Maryland and Missouri voted to legalize recreational use, bringing the total number of states where marijuana is legal to 21 (plus Washington, D.C.). And on Nov. 16, the U.S. Congress also passed a bipartisan bill intended to cut red tape for researchers studying cannabis.

“[Rescheduling would] enable a lot more research,” says Pacula, who co-directs the RAND-USC Schaeffer Opioid Policy Tools and Information Center and focuses on addiction issues. “It means, with federal research dollars, we [could] examine the health effects of products already being used and sold in legal markets.”

There is significant evidence that cannabis can have medicinal benefits for certain conditions. A committee report published by the National Academies of Sciences, Engineering, and Medicine in 2017 reviewed thousands of studies on cannabis and found that, although there is a huge gap in knowledge about the risks and benefits of cannabis use, there was substantial evidence that it could be used therapeutically to treat chronic pain in adults and nausea related to chemotherapy, and to reduce spasticity symptoms in patients with multiple sclerosis.

The U.S. Food and Drug Administration has even approved one cannabis-derived drug product, Epidiolex, for treatment of epilepsy, and three synthetic cannabis-related products for nausea in chemotherapy patients, all of which are available by prescription.

Many state policies that allow medical use of cannabis list hundreds of conditions for which the drug can be used, though few have scientific basis, says R. Lorraine Collins, PhD, a psychologist and director of the Center for Cannabis and Cannabinoid Research at the University at Buffalo, State University of New York School of Public Health and Health Professions.

“You name a disorder, probably it’s listed somewhere on a state statute related to medical cannabis,” says Collins, who was part of the National Academies committee that published the 2017 cannabis report. “Those lists are not based on research; they’re based on political considerations.”

Collins explains that lobbying groups, such as those representing veterans with post traumatic stress disorder (PTSD), have power to sway lawmakers even without evidence of efficacy.

It is also clear that cannabis use comes with risks.

There’s evidence that cannabis use during pregnancy can disrupt fetal development. Some studies have found a link between daily cannabis use and psychosis in people who are genetically predisposed. Cannabis use can impede brain development, particularly when used by adolescents. And it can cause temporary intoxication that impedes brain function and has been associated with a higher risk of getting into a fatal car crash.

As the experts point out, cannabis is a complicated plant, the effects of which can vary significantly depending on the dosage and concentration of THC, the frequency of use, and the personal physiological and psychological attributes of the user.

Understanding cannabis’ effects on the body and brain

The latter of these factors has to do with the endocannabinoid system, which, much like the nervous system, regulates a variety of bodily functions. The system, which was discovered in 1988, helps control learning, memory, emotional processing, sleep, pain control, eating, and other bodily processes. Cannabinoid receptors in the brain are stimulated by natural molecules called endocannabinoids, which are structurally similar to molecules in the cannabis plant.

Cannabis’ effects on the body and brain are a result of a kind of “hijacking” of the natural endocannabinoid system, McLaughlin explains.

Although much is still unknown about the way this system works, one reason researchers believe cannabis has such different effects on different people could be that the natural state of a person’s endocannabinoid system influences the experience of the supplemental cannabis.

“[It might depend on] whether you’re restoring normal function, or pushing it over the edge,” McLaughlin says. “People who use cannabis can find it’s effective for coping with stress; for others it can produce stress and anxiety.”

Research is ongoing to discover ways to better understand the endocannabinoid system and find a balance that might be effective at treating stress-related disorders, such as PTSD.

Overcoming a history of racism

At the forefront of the political debate surrounding legalization is the historical and current discrimination in the enforcement of cannabis laws, as well as cultural stigma that has associated use of cannabis with people of color. The use of the term “marijuana” itself comes from anti-Mexican racism associated with the plant in the early 20th century, as was reported by Eric Schlosser in a 1994 article in The Atlantic.

According to a 2020 report by the American Civil Liberties Union, Black people in the United States were nearly four times more likely to be arrested for cannabis possession than White people as of 2018, although both demographic groups use cannabis at similar rates.

“The stigmatization was motivated by a lot of issues including racism because it was linked to Mexicans and people of color, for example, African American jazz musicians,” Collins says. “It was like your White middle class should not go anywhere near this.”

Now, as legalization and public opinion moves away from stigmatizing cannabis use, Collins believes that policymakers should be careful to be nuanced in their discussions about the substance.

She says that current public health messaging varies widely from state to state, and in some places is nonexistent.

Research is needed to create guidance

Further complicating the public health messaging is the emergence of a flourishing cannabis industry that is marketing products with little regulation or evidence about risks, says Luke Niforatos, executive vice president of Smart Approaches to Marijuana (SAM), an organization that seeks to promote a middle ground between legalization and criminalization.

“We learned the hard way with tobacco,” Niforatos says. “We’d like to see more research done now so we can make policy decisions based on what we learn from the science.”

SAM helped draft a bill intended to ease bureaucratic barriers to conducting research on cannabis that passed in Congress in mid-November and is awaiting President Biden’s signature. The bill also directs the Department of Health and Human Services to report to Congress on the potential harms and benefits of cannabis use.

The experts say that studying the impact of different dosing, as well as the effects of high-potency THC products, should be priorities.

Currently, the legal cannabis market in the United States does not have standardized THC dosing. With many states limiting sales by quantity or weight, rather than by concentration, a person could buy more than a six-months’ supply for a standard user in a single transaction in some parts of the country, Pacula explains.

“We need to recognize cannabis is not a homogeneous product,” she says. “We don’t treat hard liquor the same way we do wine or low-ethanol beer.”

Pacula says that medical students should learn about the endocannabinoid system. They should also be encouraged to ask more detailed questions about cannabis use in taking a patient’s history when it could be relevant to their care, “just as you would ask about alcohol with heart disease, or smoking for someone with lung issues,” she says.

It’s also important for health care professionals to receive more education about cannabis products and effects, says Collins, who teaches a course on cannabis at University at Buffalo with a faculty member from the school of pharmacy.

“Their thirst for knowledge is heartwarming and frustrating,” she says.

McLaughlin is counting on a relaxation of the existing barriers to research, which could open a floodgate of opportunities for researchers who have been caught up in red tape.

“I never understood why [the government] made it so difficult for researchers to study the drug,” he says. “We need to understand it.” 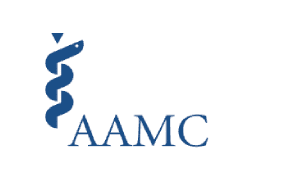