Coalition to Regulate Marijuana Like Alcohol has submitted signatures for an initiated statute.

Columbus, OH – PRESS RELEASE – Today, the Coalition to Regulate Marijuana Like Alcohol is formally launching its effort to legalize adult-use cannabis by submitting summary language of an initiated statute to the Ohio Attorney General’s office.

“We are proposing to regulate marijuana for adult use, just like we do for alcohol. Our proposal fixes a broken system while ensuring local control, keeping marijuana out of the hands of children, and benefiting everyone,” said spokesman Tom Haren.

For consumers, the proposed law:

Haren believes everyone should support the robust regulatory and taxation system. While regular state and local sales taxes will also apply, included is a 10% cannabis tax rate on adult-use sales that would be allocated as follows:

“Ohioans want this,” continued Haren. “They see marijuana legalization as inevitable. They want our leaders to seize the opportunity and take control of our future.”

“Marijuana legalization is an issue whose time has come in Ohio,” said Haren.  “Nineteen states have gone before Ohio and we crafted legislation based on the best practices learned by those that went before us.”

Once the Attorney General approves the summary language, the effort will need to collect more than 130,000 signatures to formally send the proposed legislation to the Ohio General Assembly.  The legislature will then have four months to consider the proposed legislation. Should they opt not to pass the bill as is, the Coalition to Regulate Marijuana Like Alcohol can collect an additional 130,000 signatures to present the issue to Ohio voters on the November 2022 ballot.

Haren noted that the legislature doesn’t have to wait, however: “We’re ready to work with the General Assembly on meaningful reform right now, and it’s our sincere hope that we’ll collaborate on a sensible solution.” 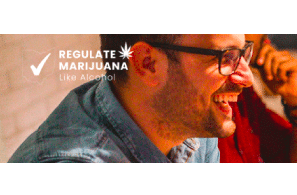