Albert Hofmann, the  Swiss scientist best known for discovering , LSD (lysergic acid diethylamide), would have turned 115 years old today. Endearingly called “The Father of LSD”, Hofmann lived to the ripe old age of 102 and his powerful legacy still lives on to this day. A powerful catalyst for the counterculture movement of the 60’s and 70’s, LSD also showed immense therapeutic potential for neuropsychiatric disorders in its early days.

Hofmann discovered the drug in 1938 while working for the Swiss pharmaceutical company Sandoz. His pursuit of isolating, purifying and synthesizing active compounds from medicinal plants led him to ultimately create LSD from ergot, a rye fungus. Hofmann was initially trying to create a circulatory and respiratory system stimulant, which LSD was not. Due to lack of pharmacologist and physician interest, testing was discontinued and LSD sat on the shelf for five years before Hofmann revisited the compound. 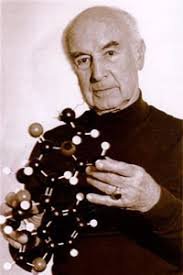