Almost 100 Individuals Apply To Be One Of Three Representatives on Vermont’s Cannabis Control Board, 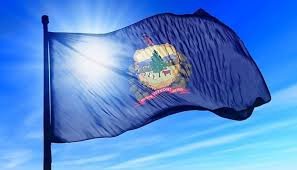 Nearly 100 people have applied to be one of three representatives on Vermont’s Cannabis Control Board, a powerful entity that will implement rules and regulations and oversee licensing for the state’s nascent adult-use marijuana marketplace. Reports local independent online media outlet, 7 Days.

Applicant names are considered confidential under Act 164, the law passed last year that legalized recreational cannabis sales in Vermont starting in 2022. But Gov. Phil Scott’s office, which is overseeing the application process, released some demographic information about the 94 people who applied during a two-week period in December:

“Candidates will be expected to develop a new complex regulatory system within a very tight timeframe established in the Act,” the governor’s office said in a press release when it opened the application process. “Preferred candidates will have experience in administering complex regulatory systems and the ability to manage a start-up enterprise with responsibility for licensing, compliance and enforcement.”

The governor ultimately appoints the three board members, but a seven-member Cannabis Control Board Nominating Committee first vets the applicants. By statute, two lawmakers each from the House and Senate serve on the nominating committee. They are Rep. Janet Ancel (D-Calais), Rep. John Gannon (D-Wilmington), Sen. Jeanette White (D-Windham) and Sen. Chris Pearson (P/D-Chittenden).

Under the law, the governor chooses three others “from the Executive Branch.” He picked Anson Tebbetts, secretary of the Agency of Agriculture, Food and Markets; Nicholas Lopez, an attorney with the state Department of Human Resources; and Sabina Haskell, a Burlington woman who is director of public affairs at the Vermont Student Assistance Corporation. A former journalist who also previously worked at the Agency of Natural Resources, Haskell now serves on the state Department of Liquor and Lottery board.

That board work qualified her to serve on the nominating committee, according to Jason Maulucci, a spokesperson for Scott.

“The three individuals appointed [to] the Nominating Committee were selected because of their experience and its relation to the work of [the] Cannabis Control Board,” Maulucci said in an email. “Like many of these boards and commissions, there was not a formal application process — the appointees were identified and asked to serve because of their backgrounds.”