Watch the  video of the motion being proposed 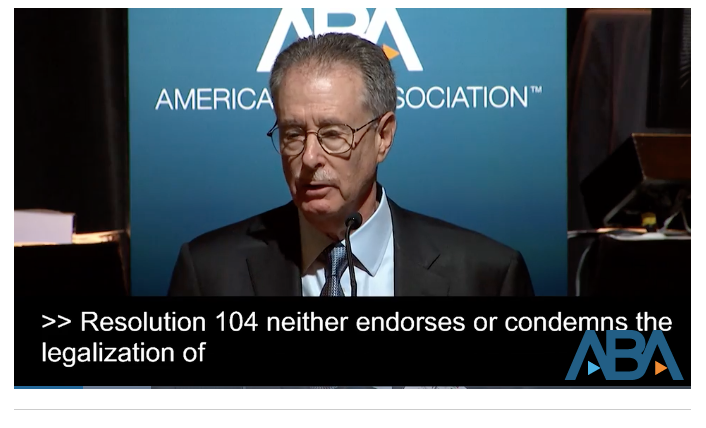 The Motion Is Forwarded

The American Bar Association (ABA) adopted a resolution on Monday that calls on Congress to allow states to set their own marijuana policies and recommends rescheduling or descheduling cannabis under federal law.

Members of the ABA House of Delegates approved the measure at the organization’s annual meeting in San Francisco and, according to the ABA Journal, it was broadly supported—passing “without audible opposition”—even after proponents waived their time to speak.

Though ABA specified that it was not taking a position on marijuana legalization generally, it recognized that conflicting federal and state cannabis policies are untenable and have created complications for cannabis businesses operating in compliance with state law. That includes a lack of access to financial services that lead such companies to operate on a largely cash basis, making them targets for crime.

The resolution states that ABA “urges Congress to enact legislation to exempt from the Controlled Substances Act (CSA) any production, distribution, possession, or use of marijuana carried out in compliance with state laws.”

ABA, an association established in 1878 that now touts 411,000 members, also wants Congress to “enact legislation to remove marijuana from Schedule I of the Controlled Substances Act,” which could involve placing it in a less restrictive category or removing it from the list of federally controlled substances altogether.

Finally, the resolution recommends that Congress pass legislation to “encourage scientific research into the efficacy, dose, routes of administration, or side effects of commonly used and commercially available cannabis products in the United States.”

A report attached to the measure provides context on state-level legalization efforts, the history of federal prohibition and the “resulting regulatory quagmire.” 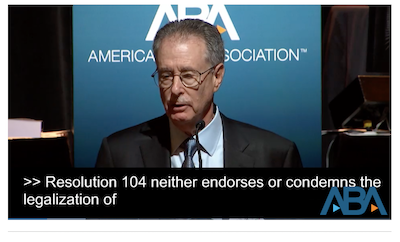