From 2015 to 2018, the rate of “turning on and tuning in” with LSD, to paraphrase Leary, increased by more than 50 percent in the U.S.—a rise perhaps fueled by a need for chemical escapism. Those results were published in the July issue of Drug and Alcohol Dependence. The authors of the study suspect that many users may be self-medicating with the illegal substance to find relief from depression, anxiety and general stress over the state of the world.

“LSD is used primarily to escape. And given that the world’s on fire, people might be using it as a therapeutic mechanism,” says Andrew Yockey, a doctoral candidate in health education at the University of Cincinnati and lead author of the paper. “Now that COVID’s hit, I’d guess that use has probably tripled.”

To arrive at their findings, Yockey and his colleagues turned to data collected from more than 168,000 American adults by the National Survey on Drug Use and Health, an annual, nationally representative questionnaire. They analyzed trends since 2015, partly because of the timing of the 2016 presidential election.

The researchers found that past-year LSD use increased by 56 percent over three years. The rise was especially pronounced in certain user groups, including people with college degrees (who saw a 70 percent increase) and people aged 26 to 34 (59 percent), 35 to 49 (223 percent) and 50 or older (45 percent). Younger people aged 18 to 25, on the other hand, decreased their use by 24 percent.

A 1960s-level drug-fueled counterculture revolution probably will not be sweeping the nation anytime soon; the number of Americans using LSD in a given year still remains less than 1 percent of the total adult population. “LSD is a lot less popular today than it was in the late 1960s and 1970s,” says Joseph Palamar, a drug researcher at NYU Langone Health, who was not involved in the new study. In the late 1970s, for example, Palamar says, 10 percent of high school seniors reported ever using LSD, compared with 6 percent today.

Palamar says the drop in use over that longer period was not necessarily driven by declining interest in psychedelics. Rather it likely occurred because there are newer drugs available, such as the psychedelic 2C-B, that have displaced LSD. “However, LSD is perhaps the most popular psychedelic of all time, and it’s never going away,” he adds.

Similar to psilocybin (the active compound in magic mushrooms), recreational LSD users may turn to the drug not only to escape but also “to understand the full capacity of their minds and to improve their well-being,” says David Nutt, a neuropsychopharmacologist at Imperial College London, who was not involved in the new study. LSD is often easier to acquire than psilocybin, though—and it is also easier to carry around than a bag of dried mushrooms, he notes. 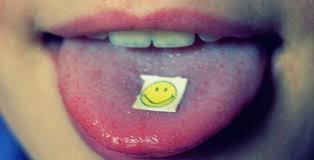