CBD regulation in the US  was dealt a setback Tuesday with the resignation of Dr. Amy Abernethy, who will leave the U.S. Food and Drug Administration in mid- to late April.

Abernethy’s resignation was announced in a memo from acting FDA Commissioner Janet Woodcock.

Abernethy has served as the FDA’s principal deputy commissioner and acting chief information officer since February 2019. 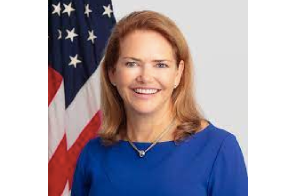