An Essential Guide To Cannabis Legalization By State

While cannabis use remains illegal in the United States under federal law, each state has its own legal authority that determines the legal status of cannabis. This has resulted in an intricate web of laws that vary between full legality within regulation, partial restrictions, and outright bans.

Since marijuana legislation is changing, it’s crucial for individuals to keep up with new passing bills. Doing this will ensure businesses and users stay compliant with localized laws.

Here’s an essential guide to cannabis legalization by state:

The primarily conservative states within the south have been some of the last to legislate any cannabis reform in the country. The south has mainly legalized marijuana for medical use, and it is only to be dispensed by medical professionals.

For instance, Alabama, Mississippi, Florida and Louisiana legalized medical marijuana in small amounts while out-of-state prescriptions are still prohibited. Arkansas legalized medical cannabis use in 2019 and lawmakers are considering recreational use in the future. Cannabis use in Tennessee and Georgia failed to pass in the senate judiciary and thus remains illegal in all forms.

Then there are southern states that have given marijuana a mixed legal status or have legalized medical marijuana according to product types and forms. Take delta 8 in Texas as an example, though technically legal, it needs to contain less than 0.3 percent THC and be derived from legal hemp plants. North Carolina and South Carolina are still considering passing medical marijuana laws limited to non-smoking products such as topical creams and tinctures.

The western states have enjoyed the most progressive legislation on cannabis use. The resident advocates have played a leading role in pioneering cannabis legalization around the country for decades and thus have some of the most robust laws.

Therefore, cannabis has full legal status in California, Nevada, New Mexico and Arizona. This means users can legally purchase cannabis products of a certain amount from a registered dispensary for both recreational and medical use.

California in particular has a pro-cannabis law system that regulates businesses with statutes and local ordinances for each community. These were established and adjusted when it became the first state in the country to legalize medical marijuana in 1996. Hawaii, on the other hand, has only legalized medical marijuana and decriminalized possession of less than 3 grams. A larger amount only counts as a misdemeanor punishable by a fine of up to $1000 and up to 30 days in jail.

In terms of recreational cannabis legalization, states in the pacific north-west have been the most progressive and some of the first to approve non-medical use. For instance, in 2012, Washington state became the first state in the country to legalize recreational marijuana and regulated its selling and taxation. Alaska and Montana residents also have full legal status for all uses of cannabis.

Oregon was the first to decriminalize marijuana in small amounts and only allowed it for private or medical use provided that a person is not driving or intoxicated. However, Oregon still allows some cities and counties to put forth ordinance laws or proposals that regulate or prohibit cannabis businesses from operating. The two outlying states are Idaho and Wyoming, which have some of the most severe anti-cannabis laws in the country. Thus, all uses, sales, and possession of cannabis, from medicinal to recreation, remain illegal and are punishable as a misdemeanor crime. 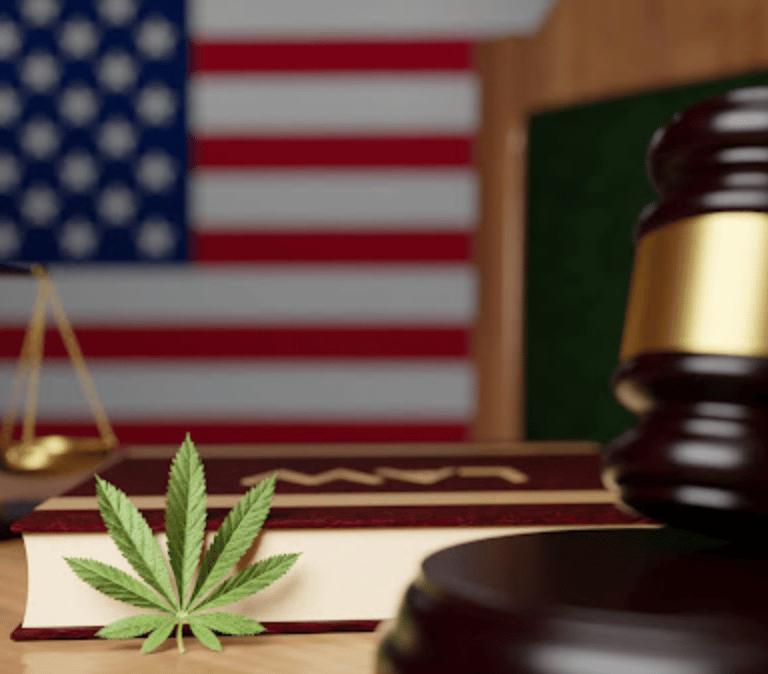 Another progressive region of the country is the East coast states where New York state is recognized as having the most pro-cannabis legislation in the country. Additionally, Massachusetts became the first state on the east coast to legalize recreational use in 2015.

On top of this, many other states which includes Connecticut, Vermont, Maine, Rhode Island, Vermont, New Jersey, and Virginia have full recreational and medical legalized status.

Meanwhile, Pennsylvania and West Virginia lawmakers have opted to keep it illegalized, while New Hampshire is now the only state in New England to prohibit recreational use. Delaware, Washington DC and Maryland voters allow cannabis use of up to two ounces and have decriminalized possession.

Montana, Michigan, Colorado and Illinois produce some of the highest cannabis revenue in the country thanks to their approved recreational legislation and business regulation. Furthermore, Michigan has even allowed residents to privately grow up to 12 cannabis plants in their private homes and can’t be visible from outside.

That said, within these states, such as pro-cannabis Colorado, individual cities and counties can have local legislation placing limitations on it. Most of the rest of the mid-west states present a mixed bag where legalization has complex limitations and partial decriminalization yet offers some degree of conditional legality. This includes Missouri, Minnesota, Kentucky, North Dakota, Ohio, Utah and Oklahoma, meanwhile all use, sale, and possession remain illegal in Indiana, Iowa, South Dakota, Wisconsin, Kansas and Nebraska.

Cannabis legalization varies greatly from each state that focuses on total bans, partial access and limitations to opting for decriminalization. While some states such as Western, Pacific North West, and East coast remain progressive in reforms, others within the South and Mid-West remain strict, flexible or have a mixed bag of conditional laws.

Furthermore, it’s important for individuals to remember that new laws are passed constantly, which could change the status quo quickly. This is why it’s necessary to keep up with cannabis legalization as the bills make it to voting processes and senate judiciaries. 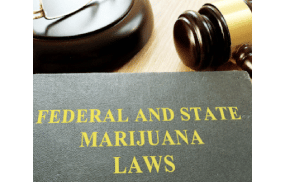