Interesting report from Psilocybin Alpha in their weekly newsletter.

How many other pies does he have his fingers in , we ask?

Earlier this week, CB Therapeutics announced the closing of an oversubscribed Series A. The round was filled entirely by re.Mind Capital, a venture fund under Christian Angermayer’s Apeiron umbrella.

Commenting on the news, CEO Sher Ali Butt said, “Words can’t express how excited we are to work alongside Christian, Apeiron, re.Mind, and the extended family of companies.”

Readers are not to confuse CB Therapeutics’ PsyVault™ with MagicMed’s Psybrary™, which has a similar goal of developing “the world’s foremost library of psychedelic derivatives.” The other similarity is that both companies are careful to append the ™ symbol to every mention of said metaphorical repositories.

Angermayer’s Atai is also deepening linkages with IntelGenx. Atai’s 25% interest in IntelGenx was approved by the Canadian company’s shareholders earlier this week, with news of a second feasibility agreement being signed coming just a day later.

The new collaboration covers the development of novel formulations of Salvinorin A, presumably related to Revixia Life Sciences’ (an Atai program) preclinical investigation of the psychoactive molecule for treatment-resistant depression. 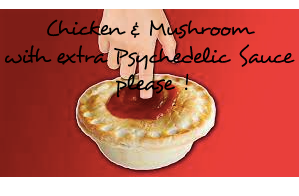