Announcement: Commission Starts Effort to Limit Unchecked Use of Delta-8-THC, Other Artificially-Derived Cannabinoids

Portland, OR — The Oregon Liquor Control Commission has initiated rule making for Delta-8-THC and other psychoactive components of hemp and marijuana that currently fall outside the adult-use cannabis market’s system of testing and labeling. At their regular monthly meeting on March 18, 2021, Commissioners expressed concern about the general availability of this unregulated intoxicating product. The Commission also approved three stipulated settlements for violations committed by OLCC recreational marijuana licensees.

Delta-8-THC has recently emerged for sale nationwide, including in the supply chain of the OLCC recreational marijuana market, as well as in unregulated brick and mortar convenience stores and internet websites. Delta-8-THC is present in marijuana, but the OLCC only regulates Delta-9-THC produced in marijuana. When consumed by humans Delta-8-THC produces an effect (“high”) similar to Delta-9-THC.

Delta-8-THC can also be created from hemp, which is regulated under the federal Farm Bill of 2018. Typically, hemp-derived Delta-8-THC is converted from CBD through a chemical process, which also produces a large proportion – as high as 30 – 50% – of unknown byproducts. Delta-8-THC created from hemp can be found in food products and sprayed on hemp flower.

Delta-8-THC isn’t addressed in Oregon statutes, isn’t included in Oregon Health Authority marijuana concentration limits, and there’s no testing for the Delta-8-THC or the by-products included in its chemical conversion. But Delta-8 products are currently widely available for purchase outside the OLCC adult-use market, even by children.

“When this was brought to my attention alarm bells went off in my head,” said Paul Rosenbaum, OLCC Commission Chair. “You have minors going into grocery stores and they understand very well what this is all about. And let me tell you, if there’s a way to find it, people will do it.”

OLCC’s proposed rulemaking would only address the presence of Delta-8-THC and other artificially-derived cannabinoids in products grown, manufactured and sold in Oregon’s recreational marijuana market. But for OLCC and the Oregon Department of Agriculture to take effective action on total THC measurement and tamp down the availability of such products to minors, legislative action is required.

“We don’t have sufficient authority over total THC in Oregon,” said Steve Marks, OLCC Executive Director. “But until we get that and ability to do final product testing to help get these things into the right markets where they’re supposed to be, either in the unregulated hemp CBD market or into our market it’s going to be hard.”

Marks observed that all states are facing the issue of how to regulate Delta-8-THC, but that Oregon is at the forefront in addressing it. Regulatory gaps do remain surrounding the broader issue of intoxicating hemp cannabinoid products in the general marketplace that can be legally sold to minors, and who should be responsible for regulating those products.

“Unregulated hemp has no final product testing,” said Marks. “They only test for Delta-9 in the field. You can’t regulate what you don’t test for. We’re talking about two species of the same plant. And that means that federal and state regulators need to harmonize their oversight of this plant, and work towards across-the-board testing of marijuana and hemp products designed for human consumption before they enter the marketplace.”

The House General Government Committee of the Oregon Legislature is expected to take up the Delta-8-THC issue at a public hearing on Thursday, March 25, where it could consider legislation ensuring that all intoxicating THC products, properly tested and labeled, are sold within the OLCC regulated system and also ban the sale of currently non-regulated Delta-8-THC products to minors under age 21.

The Commission also ratified the following violation fines and suspensions based on stipulated settlements (detailed information on specific cases can be found hereon the OLCC website): 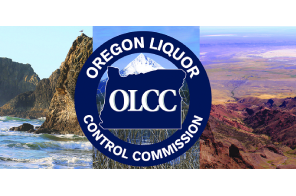