Another Anti-Cannabis RICO Case Goes Up in Smoke, But an Existential Threat Remains

If you wish to re-publish this story please do so with following accreditation
AUTHORS: Gerald E. Arth and Joshua Horn – Fox Rothschild
PUBLISHER:  CANNABIS LAW REPORT

Most recently, in Ainsworth v. Owenby, No. 6:17-cv-01935-MC (D. Ore. March 27, 2019), the federal district court in Oregon dismissed a lawsuit brought by residential neighbors of a cannabis grow facility who claimed that the business had depressed the fair market value of their property and thus prevented them from qualifying for a larger home equity loan to construct perimeter fencing around their property. Among other things, the neighbors contended the grow operation violated Section 1962(c) of the RICO act, which makes it illegal for any person employed or associated with an enterprise engaged in or affecting interstate commerce to conduct or participate in the enterprise’s affairs through a pattern of racketeering activity. Section 1964 of the RICO statute allows any person who suffers an injury to his business or property by reason of the racketeering activity to recover mandatory treble damages as well as attorney’s fees.

Originally, the Ainsworth neighbors had claimed at least three types of RICO injury to their property: loss of enjoyment due to noxious smells, excess noise and increased traffic; diminution of value; and increased expenses for security measures. The court rejected those claims as either non-compensable personal injuries (and thus not injuries to business or property) or as abstract rather than concrete losses. In their amended complaint, the neighbors contended that the grow operation caused them to suffer diminished property value, which in turn led them to qualify for a lower home equity loan and prevented them from being able to construct perimeter fencing for their property. In dismissing the complaint again, the court found that the neighbors still failed to plead a tangible injury because their financial position was no worse absent the alleged racketeering activity – even if they had qualified for a larger loan, they would have greater debt and greater interest payments. Since the plaintiffs could not show that they had concrete losses resulting from harm to their property by the grow operation, they could not satisfy RICO’s “standing” requirement to bring a claim.

The Ainsworth decision followed closely on the heels of another West Coast decision, this time from California, that rejected RICO claims brought by neighbors of an unlicensed commercial cannabis grow facility. In Bokaie v. Green Earth Coffee LLC, No. 3:18-cv-05244-JST (N.D. Cal. Dec. 27, 2018), the federal district court ruled that the plaintiffs’ allegations of noxious odors, excessive noise and fear of associated criminal activity – all of which allegedly caused a decline in their property values – were at most allegations of forms of personal injury, not injury to business or property. Furthermore, while the court found that the plaintiffs’ allegations of diminished present market value of their homes could constitute a RICO injury, the fact that the defendants had agree to cease their unlicensed grow operation meant that the nuisance had abated and the diminution in value had ceased. Thus, as in Ainsworth, the court in Bokaie concluded that the neighbors had failed to allege a compensable RICO injury.

For cannabis-related businesses, these court rulings that dismissed RICO claims and their attendant draconian penalties are encouraging, but hardly a cause for celebration. First, these decisions turned on the failures of the plaintiffs to show any concrete injury to their business or property, but the courts had accepted as a given that operation of a cannabis facility – even one properly licensed under state law – nevertheless could constitute operation of an enterprise through a pattern of racketeering since it violates the federal Controlled Substances Act and thus is “racketeering activity” under RICO. No doubt, plaintiffs’ counsel will continue to try to plead a viable form of RICO injury.

Second, these recent federal decisions come from Oregon and California, two states within the Ninth Circuit, but are in direct conflict with a 2017 decision of the Tenth U.S. Circuit Court of Appeals arising from Colorado. In that case, Safe Streets Alliance v. Hickenlooper, 859 F.3d 865 (10th Cir. 2017), the appeals court reversed a decision by the trial court to dismiss RICO claims brought by neighbors of a marijuana grow facility. The neighbors contended that the facility – legal under Colorado law but not under federal law – diminished the value of their property and that noxious odors from the facility diminished their use and enjoyment of the property. The Tenth Circuit held that these allegations were sufficient to state a claim for injury to property for purposes of RICO and remanded the case for a jury trial. Fortunately for the defendant, the jury found that the plaintiffs had not suffered any injury to their property, despite the trial court’s instruction that operation of the grow facility was a RICO violation. Even with the defense verdict in that case, however, there is no guarantee that another defendant faced with a RICO claim in the Tenth Circuit will achieve the same outcome.

The threat of RICO liability for owners and operators of cannabis-related businesses remains a real and present danger so long as such facilities remain illegal under federal law. So far, the only federal appeals court to opine on the issue has sided with opponents of cannabis operations, but district courts in other circuits have gone the other way. Once other cases reach the appellate level, it is foreseeable that a disagreement may develop among the circuit courts, creating an issue that the U.S. Supreme Court may view as worthy of resolving. Until then, however, the calculus of the business risks for the owners and operators of cannabis-related businesses continues to include the potential for being branded as racketeers and facing liability for mandatory treble damages and attorney’s fees.

Gerald E. Arth (garth@foxrothschild.com) is a partner in the Philadelphia office of Fox Rothschild LLP, a national law firm, and specializes in complex commercial litigation, including RICO cases.

Joshua Horn (jhorn@foxrothschild.com) also is a partner in Fox Rothschild’s Philadelphia office and is co-chair of the firm’s Cannabis Law practice 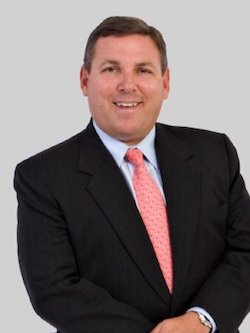