In a rare instance of legislative efficiency, New Mexico passed legislation on Monday that legalizes recreational marijuana and expunges criminal records for certain marijuana-related convictions. New Mexico Gov. Michelle Lujan Grisham signed two pieces of legislation a mere two weeks after state legislators passed the bills in a special session, which Lujan Grisham called specifically to address legalization. In doing so, New Mexico became the 18th state in the country to launch a recreational cannabis industry. This is certainly an opportunity for those looking for an entry point into the cannabis industry, as well as existing operators looking to expand into a new market.

Senate Bill 2 deals with the expungement of prior cannabis convictions. That legislation provides automatic expungement for past convictions for offenses that will become legal under the new laws (i.e. minor possession offenses and the like). What exactly those offenses are will be determined by New Mexico’s Department of Public Safety. The Bill gives the Department until January 1, 2022 to identify all past convictions that could be eligible for dismissal and expungement.

The broader legalization effort, known as House Bill 2, allows adults 21 and older to carry up to two ounces of marijuana, up to 16 grams of cannabis extract and 800 milligrams of edibles. It also allows for “home grown” marijuana and permits New Mexico residences to grow up to six plants for personal use. Notably, legalization is effective on June 29, 2021.

The law creates a brand new cannabis regulatory body under the state Regulation and Licensing Department, which will establish how cannabis taxes will be distributed to municipalities and counties and has until January to promulgate rules for the production, marketing and sale of cannabis. The new law also establishes several important dates starting with September 1, 2021, which is when the law directs regulators to begin accepting applications for licenses for recreational marijuana growers and existing medical marijuana businesses. Regulators will begin accepting all other applications after January 1, 2022. Importantly, the law puts no cap on the number of licensees that can operate at a single location or the number of premises a licensee may operate, and says that recreational sales must begin by April 1, 2022. With sales required to begin in less than a year, there is a very real chance that New Mexico will issue new licenses before New York, New Jersey, and even Illinois, a state that accepted license applications over a year ago (we wrote about Illinois’s licensing debacle here).

Like many states, New Mexico is facing a post-pandemic budget crisis and Governor Lujan Grisham sees cannabis as an opportunity to fill some of those budget holes. She also (correctly) sees the cannabis industry as an opportunity for entrepreneurs and job creation. When discussing the Bill she said: “As we look to rebound from the economic downturn caused by the pandemic, entrepreneurs will benefit from this great opportunity to create lucrative new enterprises, the state and local governments will benefit from the added revenue and, importantly, workers will benefit from the chance to land new types of jobs and build careers.” That said, there are two interesting aspects of this law that differ from other recent legalization measures: (1) regulators cannot implement a THC limit and (2) municipalities cannot issue outright bans of recreational marijuana businesses—they can only regulate where the businesses operate within their borders. It will be interesting to see how these approaches shape the New Mexico market.

We will be following New Mexico closely as regulations are promulgated and the application process comes into focus. Be sure to follow our blog if you are interested in seeking licenses in New Mexico and to stay abreast of what is happening in the cannabis industry. 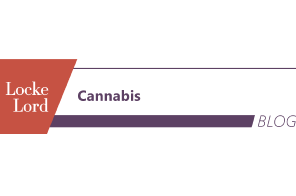