The cannabis industry in the twin island nation of Antigua and Barbuda is about to kick off, and with a twist of originality, a public-private partnership that could serve as a model for other Caribbean nations.

This month, two years after voting to legalize medical cannabis, legal cannabis cultivation is set to take off in the country.

GROW’s hybrid ownership model, which attempts to strike a balance between social equity and industry strategy, grants Itopia Life, one of Jamaica’s largest national cannabis companies, a stake of 51 % in the integrated company from seed to sale. Rastafari Food For Life, a company owned and incorporated by members of the Rastafarian community, will own 25%, and the National Assets Management Company (NAMCO), a Crown corporation, 24%.

This is the first time that a government in the region has entered the sector directly as an asset holder and investor. And goes beyond the equity programs underway in Jamaica and Saint Vincent and the Grenadines, where governments have encouraged the legal participation of indigenous and traditional cannabis growers, through targeted agriculture programs of subsistence or amnesties, but without making investments.

According to GROW, the initiative will tackle a key issue in the Caribbean: equal opportunities in the cannabis industry. Although governments have been receptive to the economic opportunities presented by its development, advocates and proponents of reform have remained dissatisfied with the follow-up to reducing barriers to entry into the industry for those in need. low income and for the communities most affected by the criminalization of cannabis.

“It’s monumental. It’s not just about Antigua, but the rights of Rastafarians across the Caribbean, ” said High Priest Bongo Selah, a religious minority community elder and member of Nyabinghi Theocracy church . “This tripartite model is not just for us, it is for everyone”.

In addition to the license granted to GROW, the Medicinal Cannabis Authority says it is reviewing at least five other license applications, with a total value of more than $ 11 million. According to Authority Chairman Daven Joseph, who spoke at a June opening ceremony for GROW’s cultivation facilities, “significant development of the industry” is expected to contribute at least 10% to Antigua and Barbuda’s economic output in the next five to ten years. 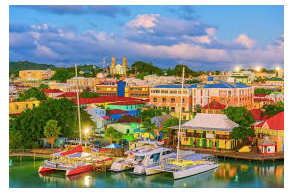