Jujuy Province Governor Gerardo Morales has suggested that tobacco farmers begin growing cannabis instead, potentially opening up a multi-million-dollar market – but the province’s tobacco chamber isn’t fully on board.

ujuy Province Governor Gerardo Morales says he is trying to persuade tobacco growers in the northern region to start harvesting cannabis plants instead.

“Cannabis is one of the most important projects that we have and it’s going to generate more profits than lithium and solar energy,” said the Radical Civic Union leader, whose provincial government has worked to foster marijuana production in the region’s dry, sunny terrain for export.

“I hope that with this [growing cannabis market] we will begin a change in diversification and that ten years from now we will stop planting tobacco and plan cannabis [instead],” added the opposition leader.

According to the Jujuy leader, producers “are going to earn a lot more money and they are going to provide more income to the province” since the government will be able to collect more taxes on the developing industry.

Not all tobacco producers welcomed the idea. President of the Jujuy Tobacco Chamber, Dr. Pedro Pascuttini, said that the group he represented are “tobacco producers and we will continue to be so – We will keep fighting to continue producing [tobacco] and above all, to be the best.”

Pascuttini added: “Besides [the fact] that there was a fall in price in the industry for different reasons and causes, we are convinced that if we take suitable political decisions, as much on the public level as well as private, we are going to once again regain the leadership that Jujuy can have on an international level, given that 95 percent of our produce is exported.”

He admitted, however, that the group was “not completely closed to the idea.” 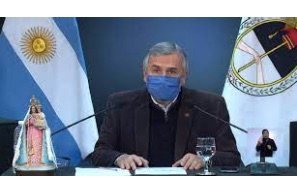