Proposition 207, otherwise known as the “Smart and Safe Arizona Act,” is on the Arizona ballot for the November 2020 General Election (the full text of which can be read here, along with the rest of the ballot). If passed, it would legalize recreational marijuana retail, production, and cultivation. Like the currently operating medical marijuana industry, recreational marijuana would be regulated by the Arizona Department of Health Services. (See current DHS medical marijuana statutes here) ADHS would have until April 5th, 2021, to create and implement regulations for adult-use marijuana businesses.

This proposition is not the first time Arizona voters have concerned the concept of recreational marijuana. In 2016, voters rejected Proposition 205 by a slim 48.7% to 51.3%. Arizona’s Medical Marijuana Act passed in November of 2010 with only 50.13% of voters. Fortunately, polls from Monmouth University show greater support for Proposition 207, with 56% of likely voters supporting and 37% opposing. That is up greatly from this September, where support amongst likely voters totaled only 49%.

The language of a recreational ballot proposition has always been a point of contention amongst legalization proponents and existing medical licensed holders. Existing medical marijuana licensed holders have understandably fought against propositions that would dilute their existing market share, urging limited licensing and restrictions on new licenses in geographic areas medical licenses already exist.  On the other side of the debate, legalization proponents desire to open the industry up and have fought for a free market system, encouraging competition with current medical license holders.  Prop 207 attempts to appease both sides of the aisle but certainly does heavily advantage those medical marijuana facilities that are already open and operating. The first round of license applications would only be accepted from existing nonprofit medical marijuana dispensaries and applications from counties that currently have 1 or 0 dispensaries. The proposition also includes language that makes it clear under Arizona law that marijuana contracts are valid and not void due to their federal illegality.

Proposition 207 sets aside $2,000,000 in the Medical Marijuana Fund for the Department of Health Services to create a Social Equity Program. The program will promote ownership of marijuana establishments by individuals from communities disproportionately impacted by the enforcement of marijuana criminalization. The exact procedures and standards of the program are yet to be created. The ADHS will issue 26 marijuana establishment licenses to those who apply under the Social Equity Program in the initial round of licensing.

Proposition 207 would impose a 17% excise tax on recreational cannabis sold at licensed dispensaries. Washington, with its similar population (7.6 million vs. 7.2 million), brought in over $395 million dollars in legal marijuana income and license fees in the 2019 fiscal year. Washington has a 37% excise tax on marijuana.

Localities May Place Restrictions On Marijuana In Their Jurisdictions

Localities may exercise a local option to place various restrictions on marijuana sales in their jurisdictions. Like we have seen in other states, towns may choose to restrict cannabusinesses with zoning regulations, limitations on signage, and limited operating hours. In anticipation of Proposition 207 passing, some town councils, such as Gilbert, are already making moves to ban recreational marijuana sales. Gilbert built their ‘model ordinance’ based on contributions from the Arizona League of Cities and Towns. The ordinance will allow the town’s only medical marijuana facility to continue to operate and expand into recreational sales but will ban all other cannabusinesses from opening.

In addition to legalizing retail sales, Proposition 207 will allow adults to possess up to 1 ounce of marijuana, with no more than 5 grams being concentrates. Adults over 21 would be able to cultivate six plants, or 12 plants in households with at least two adults, without a grower’s permit.

A key component of Proposition 207 is its criminal justice provisions. Individuals who have been arrested, charged, sentenced, or convicted of some marijuana-related crimes would be able to petition the court to have their records expunged. The Supreme Court of Arizona may sponsor public service announcements to notify those affected. The crimes eligible for expungement include possession, consumption, and transportation of small amounts of marijuana, possessing or cultivating six or fewer plants in a private residence, and possession and transportation of marijuana paraphernalia.

Based on the polls, we do anticipate this passing come early November, but regarding how legalization will roll out logistically, the devil, as always, is in the details, and this is definitely a State to watch for hot opportuniti 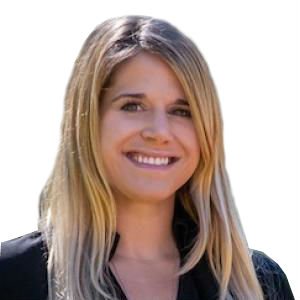