Last month’s Cannabis Europa conference in London was a showcase for the increasingly well-heeled global cannabis industry, and a signal of its keen interest in the developing commercial, regulatory, and scientific landscape for cannabis products in Europe. 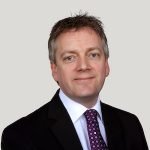 The choice of London as a venue, though, invited a stark rejoinder for those who are apt to forget, or fail to recognise, just how strictly regulated the UK continues to be in this field. For many, the elephant in the room remains the stubborn designation of cannabis under UK law as a dangerous, illegal drug.

Until recently at least, the casual observer could be forgiven for thinking that the position was rather more nuanced than it is, thanks to eye-catching headlines in autumn last year to the effect that medical cannabis had been legalized.

In reality, the limited exception previously available only to GW Pharma’s Sativex medication had been joined by another, more generally worded exception: for “cannabis-based medicinal products” (CBMPs), though only where prescribed by a specialist clinician (not just a general practitioner), or granted a marketing authorisation by our Medicines and Healthcare products Regulatory Agency (MHRA).

Those restrictions have proved to be severe in practice. So much so that many recent UK headlines have asked why, despite the legal change, the number of patients who can actually access medicinal cannabis in the UK remains extremely small and why patients who are forced to obtain their medicines abroad are still seeing them seized at the border?

Isn’t it legal in the UK to cultivate low-THC cannabis (hemp)?

Another common misconception is that cannabis, or cannabis products, with a THC level below 0.2 percent are straightforwardly legal in the UK. It arises because the threshold is relevant for various purposes in EU legislation and other EU jurisdictions, and in the UK plays a role in determining when the specialist licensing unit of the Home Office would be prepared to entertain applications for a cultivation licence (and what fees would be applicable for such licences).

But where the question is whether a substance contains THC, so as to make it a controlled drug, it plays no role at all, and the better legal view is that if there is any measurable THC content, the prohibition applies (subject, of course, to having a Home Office license).

Surely CBD is lawful in the UK?

That same question has also given rise to widespread confusion about CBD oils and other CBD products in the UK, which are increasingly ubiquitous on the high street.

An MHRA statement in 2016 stated to the effect that it would treat CBD products that had medical purposes (a category that, in practice, largely depends on how they are marketed) as medicines, was widely misunderstood. While those few CBD products that are described in that way will need MHRA authorization, the statement has no effect on the broader wellness market, including food supplements, or on (say) cosmetics, or vaping products.

For them, unless the products contain literally no THC or are produced from the non-controlled parts of the plant, the legal route to consider is in the category of “exempt products,” which involves stricter minimum thresholds, and for which a Home Office license would still be necessary. Many who are not well versed in this area may in fact be taking the risk of products being seized, premises raided, or personnel arrested, which some recent cases (such as a raid of the CBD café in Brighton) have shown are not merely theoretical.

What about UK investors in non-UK cannabis business?

In case all of this leads the UK business or entrepreneur to invest instead in (say) a Canadian cannabis business, it is worth noting that there are also potential pitfalls hidden in the UK’s laws on money laundering, which define “criminal conduct” to include anything done lawfully overseas that would be unlawful if it were done in the UK.

That does not necessarily mean that a UK investor in a Canadian cannabis company, for instance, would be breaking the law by doing so. But there are judgement calls to be made about whether, when, and how the investment should be reported to the National Crime Agency (NCA), with the aim of obtaining consent. Importantly, they are not made in isolation but alongside similar judgement calls by banks and others in the regulated sector, who have their own responsibilities to consider.

What are the legal routes for the cannabis industry in the UK?

None of this, of course, means that it is impossible to run or invest in a cannabis business in the UK, although the prudent option is of course to do so with advice on what laws are involved, and on when and how to deal with the relevant authorities.

For CBMPs, that will mean engaging with the MHRA and its regulatory framework; for hemp cultivation and (some) CBD products, it will mean establishing a constructive conversation with the Home Office’s licensing unit, even if the upshot if that no license is needed. For overseas investments, it will mean ironing out money laundering concerns with banks and others involved, and could involve obtaining consent from the NCA (which, for mildly complex reasons, is less difficult than it may sound).

The bottom line is that while there are a lot of businesses that (deliberately are not) are taking the chance that they will escape attention from the UK authorities, the route of staying carefully on the right side of the law here, with advice and engagement where needed, is both prudent and eminently possible.

What is the future for UK cannabis laws?

One common reason for entering the UK cannabis industry is that while the regulatory framework may remain quite strict today, it is possible to envisage future legal and policy changes in which many more opportunities become available. The medical cannabis regime is still clearly ripe for reform, and importantly there are numerous supporters for change in the press, in parliament and in the ruling Conservative party.

But the practical issues around hemp cultivation and CBD – in particular, the increasing interest in the wellness market and in CBD vaping as an alternative to nicotine – also have the potential to drive significant changes in policy and, where needed, in the legislation itself.

While it is not easy to see yet what the regulatory framework will look like in (say) five years’ time, few would bet on it staying the same as it is today – which, of course, is one of the features that makes this such a fascinating industry. 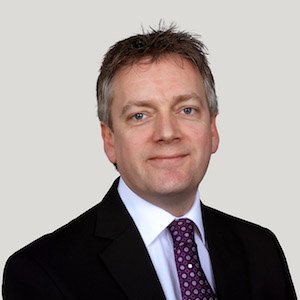