Article: Bolsonaro’s Cabinet Crusade Against Cannabis is Racist and Classist

In a context when several countries and jurisdictions are reviewing and transforming their drug policies, the Brazilian crusade against cannabis is a strong ideological component in the promotion of the long failed war on drugs as the only possibility for eradicating crime and violence. This right-wing campaign breaches the rights of people whose lives depend on medical cannabis. This is an immediate consequence of peak bolsonarism: hampering access to lifesaving medicine with one hand and promoting unevidenced treatments during a global pandemic with the other.

Efforts to legitimise the criminalisation of cannabis through primers and conferences are draped in the guise of scientificism, filled with misapplied statistics and deliberately flawed interpretations. Biased “science” is mobilised to condone the worst practices in drug policy in Brazil; it bears repeating that the censorship of Fiocruz’s study on people who use drugs by ex-president Michel Temer’s cabinet in 2017 set a precedent in the escalating efforts to justify and revamp the war on drugs in Brazil.

Since the vote against the rescheduling of cannabis at the UN convention in December 2020, the Brazilian government has acted through its Ministry of Citizenship and the Ministry of Women, Family, and Human Rights to combat the progressive efforts for decriminalisation of the plant.

In March, the Ministry of Citizenship published another primer with arguments against the legalisation of cannabis. It’s the second primer on the alleged risks of using cannabis released by the Brazilian government since December 2020. Again, we have to mind the language of the document, starting from the title: “Arguments Against Maconha Legalisation. In Search for the Lost Rationality: An Approach Based on Scientific Evidence”.

Let us start with the choice of the word maconha, which is the popular term for cannabis all around Brazil. It’s a charged term, though, that carries a long history of association with crime and anti-social behaviour. The word comes from the kimbundu makanha, and it tells a story of racism. The first laws enacted and enforced against the use of cannabis in Brazil are from the nineteenth century and were drafted to keep enslaved Africans from smoking it. The term cannabis would add a more balanced, unbiased frame to the title, and would evoke the idea of legalising a substance, and not a street drug stigmatised for a very long time. I do not believe the term appears in the title just by chance. Its performativity is clear and overt.

Another important facet of the primer is the idea that there can be neutrality in the making of drug policy. According to its authors, arguments in favour of legalisation are ideologically biased, and a scientific approach should guide the design, implementation, and enforcement of drug policy. Blaming ideology for social and political issues is the cornerstone of bolsonarist rhetoric. I am not saying that they understand ideology like Arendt or Eagleton. The average Brazilian right-winger understands ideology as the sinful lies of leftists who want to tear down the foundations of family, tradition, and private property. Gender in the classroom? Gender ideology. Environmentalism? Leftist ideology. Human Rights? Leftist ideology. Well, in the new primer against the legalisation of cannabis the authors assert that there is a risk, in Brazil, “that the debate on drug legalisation might hide the real issues related to a rational and balanced drug policy. We can spend years in an unproductive ideological debate, in which people stand for or against the legalisation of a specific drug with great passion and little information.”

One does not need a diploma in linguistics to understand their argument: a) the debate on legalisation goes against what the authors understand as a balanced and rational drug policy; b) if people take a stance for or against legalisation they will allow passion to overrule evidence. Arguably the current government’s pro-prohibition stance is pretty passionate? Passion is not the real problem here; one can be passionate about a cause and very much informed about it. The problem is this: Bolsonaro’s cabinet systematically disavows and denies strong scientific evidence that does not corroborate its own ideological views. The title of the latest primer against cannabis makes it clear: by claiming that its goal is to search for an alleged lost rationality in the debate about legalising cannabis, the authors are classifying pro-legalisation positions as irrational nonsense. These nonsense arguments include, of course, peer-reviewed, scientific studies like the aforementioned research by Fiocruz.

If you are a middle-class Brazilian white man like myself, chances are that cannabis has been effectively decriminalised for you for a long time now. I am telling you this from personal experience. Over 22 years or so I have been caught with one or two spliffs on several occasions. But once a friend and I had about 250 grams on us and were on our way home, about to catch the bus, when military police officers stopped us and found what was our monthly bulk buy. We were taken to a civil police station for booking and, to cut a long story short, the precinct chief soon realised that my friend’s father had been one of her instructors at the police academy. We got a slap on the wrist, a verbal threat that next time she would throw us in jail, and were told to eff off. This is far from reality for Black and Brown citizens in Brazil. It is merely a tale of class and skin colour privilege, but it illuminates the problem of leaving discretion to law enforcement when considering the thresholds for a small or large amount of cannabis. It also shows how a postcode, one’s skin colour, and a surname can either keep you from having a criminal record or subject you to state-sanctioned human rights violations.

Again, I tell you from experience. I have lost count of how many times, when stopped by the police for smoking a spliff, I was asked if the Black person(s) I was smoking with had sold me the herb I was using. I cannot tell you either how many times my white friends and I were told by police officers that we should not hang out with Black folks from favelas, and that if our Black friends were the ones “bringing drugs to the gang” we could “just tell them and it would be alright”. But there is no racism in Brazil, right?

Military Police of the State of Paraná boasts about having arrested a man found in possession of 4,1 grams of cannabis on a Facebook post. More than half of the volume corresponds to a few spliff tails that he was carrying along with a tiny piece of pressed buds and leaves. The post is from 13 April 2021. Source: Facebook.

Bolsonaro’s first minister of citizenship, Osmar Terra, a fierce opposer of decriminalisation and legalisation, said in 2019 that there should not be an official standard to define the amount of drugs that distinguishes a supplier from a person who possesses it for personal use. His justification was that “it demoralises the police, the Minister of Justice and the government [saying] that a police officer does not have the competence to define what a drug dealer is.” Terra is basically saying “let’s leave it to police officers to decide the degree of punishment for a person caught with 2, 20 or 200 grams of cannabis.” This is the reason why I wasn’t arrested for supplying drugs—and it is also the reason the average amount of cannabis that justifies the crime of drug trafficking in the state of São Paulo is 39, 8 grams. That is just about what I used to smoke per week when I lived in Brazil. It means that people are serving time in jail for having been caught with a very small amount of cannabis.

At this moment, the debate about cannabis reform in Brazil is stuck. It is not only high time for us to pressure the authorities to move forward with it, it is also time to shout out loud that decriminalisation and legislation are merely first steps. We must also start implementing and drafting projects to redress the harm that the war on drugs has caused to individuals, families, and communities. And, inevitably, as soon as cannabis is finally legal, there will begin the long struggle against its gentrification.

*Felipe Neis Araujo is a Brazilian anthropologist concerned with drug policies, state violence, structural racism, and repair for historical inequalities. He writes a monthly article for TalkingDrugs. Contact him at neis.araujo@gmail.com. 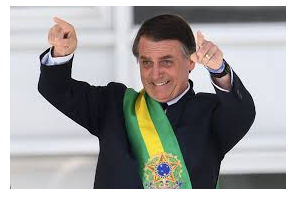