Article Bryan Camp: Lesson From The Tax Court: Into The Weeds on COGS 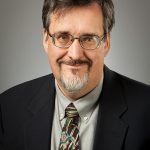 Professor Camp is active in the American Law Institute, and the American Bar Association Section of Taxation where he was honored to have chaired the Individual and Family Taxation Committee. He currently serves on the editorial board of the Practicing Tax Lawyer. He has given over 45 CLE presentations since 2003. Since 2016, he has posted more than 50 substantive blogs, and since September 2017 has posted a weekly “Lesson From The Tax Court” on TaxProf blog.

As of May 1, 2018, Professor Camp has authored over 61 published articles and treatise chapters. His scholarship on taxation of cyberspace has taken him to London and Berlin to advise government agencies. In addition, his long-standing and continuing interest in United States legal intellectual history and social history is reflected in his selection to participate in the 2003 Supreme Court Historical Society’s summer seminar and in scholarly presentations before the New York Historical Society and Haverford College.

Professor Camp has received recognition for his scholarship. In 2007 and 2010 he was named the Law School’s Outstanding Researcher. In 2008, he was awarded the George H. Mahon professorship. In 2010, the Texas Bar Foundation recognized Professor Camp for Best Law Review Article published in Texas.

I avoid inventory accounting in my basic tax class. It is taxing enough (pun intended) to teach students the basics of depreciating business equipment and business realty and the interplay of §167, §179, §168(k) and §168(a) (in that order). I remind them that they are learning to be tax lawyers and not tax accountants: if they cannot do the numbers, hire a CPA. So I only mention cost of goods sold (COGS) concepts in passing. Also, I’m pretty clueless about the subject.

In real life, however, inventory accounting can be crucial, and you had better have good representation when the IRS questions your numbers. That is the lesson I see in the recent case of Laurel Alterman and William A. Gibson v. Commissioner, T.C. Memo. 2018-83 (June 13, 2018), a case involving poor representation of a medical marijuana business. Disclaimer: not only do I not teach COGS but I also never practiced it, so if you dive below the fold, you may catch me out in error. I know for some readers that is actually an incentive to read on—kind of like waiting for a crash on the racetrack. But if you find yourself guffawing at something, please do not hesitate to publicize the error in the comments section. And remember, at least I’m not representing anyone!

Most businesses that sell stuff must comply with the inventory accounting rules in §471. COGS becomes even more important to businesses that get hit with §280E, the section that prohibits deductions and credits for any trade or business activity that “consists of trafficking in controlled substances…which is prohibited by Federal law….” [Note: that is not a grammatical error: it is the prohibition of trafficking that is the trigger, not the prohibition of the substances themselves].

The restrictions in §280E give affected businesses every incentive to cram as much of their business costs into COGS as they can. That is because the idea underlying COGS is that costs of acquiring or producing property that held for sale is not a §162 “expense” (hence deductible from the income the sale of property produces) but is instead part of the computation of gross income when the property is sold.

I am thinking that this idea of COGS is a necessary result from the famous formula in §1001 that says the income produced by the sale of property is the amount realized minus the taxpayer’s basis in the property sold. COGS is the method of allocating basis to the items of property a business sells. If I sell a bottle of car wax for $10, I am selling property. I do not have $10 of gross income minus the expenses of acquiring that bottle. COGS accounting allows me to report as gross income only the net of the $10 over the cost of acquiring the bottle because I have a basis in the bottle (I wonder…had a CPA written the classic song by Police would it have been titled “Basis in A Bottle”?). But if I wax your car for $10, I must report the entire $10 as gross income. I have no basis in my labor. If I can deduct my costs of performing that service from the $10, then perhaps it’s the same result.

COGS reminds me of form over substance. For those interested in more theory, you cannot do better than Joe Dodge’s “The Netting of Costs against Income Receipts (Including Damage Recoveries) Produced by Such Costs, without Barring Congress from Disallowing Such Costs,” 27 Va. Tax Rev. 297 (2007)(advocating a computational netting approach to the treatment of contingent attorneys fees). My takeaway from that article is that there is no principled distinction between netting expenses against gross receipts to arrive at gross income and netting expenses against gross income to arrive at net income. Both methods of accounting are based on the same underlying principle: it takes money to make money and the money used should be deducted from the money made.

Take salaries, for example.  Treas. Reg. 1.471-11(b) tells you that some salaries can be accounted for as part of the COGS calculation of gross income while other salaries must be taken as deductions from gross income. Now, for a business that sells stuff, perhaps it does not make much of a tax difference whether a particular employee’s salary is taken as a §162 deduction or goes into COGS. But a business subject to the limitations in §280E really needs to get its COGS numbers right.

The taxpayers in Alterman did not get their numbers right.

Alterman involved the tax years 2010 and 2011.  In those years Ms. Alterman and Mr. Gibson owned and operated a marijuana business in Colorado called Altermeds. On audit the IRS disagreed with their COGS calculations. So the taxpayers went to Tax Court, drawing Judge Morrison. Taxpayers were represented by Henry G. Wykowski and Matthew A. Williams.

Taxpayers lost and the Court agreed with the IRS’s litigation numbers.  The taxpayers’ basic error was that they did not provide figures for either an opening inventory or closing inventory for each year. The regulations say that to calculate COGS you have to start with the cost of the stuff you have at the start of the year, add to that the cost of the stuff you buy or produce during the year, add to that the allocable portions of what Treas. Reg. 1.471-11 tells you to add, and then subtract the cost of what you still have in stock at the end of the year. The taxpayers provided neither opening nor closing inventory figures. What these taxpayers did instead was add together the cost of what they bought each year and cost of what they produced each year to arrive at $600k COGS.  But even those numbers were suspect. Judge Morrison spends pages identifying what crucial information was missing from the record before him and the poor state of the taxpayers records, describing some of the information as “bizarrely recorded.”

The case is an object lesson not only in COGS calculations but also in selecting your representative. Wykowski is a litigator and former federal prosecutor—but he does not appear to be a tax attorney. I found no public record on Williams. I am guessing he is an associate in Wykowski’s firm. But gosh darn it, COGS is a gnarly subject and taxpayers who need to tell their story to the IRS and Tax Court probably ought to hire someone who actually knows what they are doing. Judge Morrison sends a strong signal to these and other taxpayers to be more judicious, both in keeping their books and in selecting their representatives. Here is a sampling of the errors:

2. The attorneys failed to get their expert witness testimony in the record. This might have allowed the Court to use an alternative method of determining COGS. The Court’s footnote 28 explains that the proffered testimony was inadmissible.

3. The attorneys failed to produce a sufficient record for the Court to even use the Cohan rule. Judge Morrison uses variants of the phrase “the record is unclear” or “the record does not show” about 30 times in the 42 page opinion. No doubt much of this is due to the client’s failure to keep adequate records but it may also be true that a client representative who knew what information the court needed would be able to produce it or would have been able to settle the matter with Chief Counsel without incurring the expense of trial and post-trial briefing.

4. Speaking of post-trial briefing, it appears their post trial brief was an epic fail. First, the brief tried to argue that Altermeds was, functionally, two businesses and the §280E restriction should not apply to expenses associated with the sale of non-marijuana merchandise. But the brief ignored Tax Court rules of procedure, in that it failed to propose findings of fact and link those proposed findings to references in the record. Worse, the Court writes “Even if we thought that the sale of non-marijuana merchandise was a separate business, Alterman and Gibson’s failure to properly brief the amount of deductions that would be attributable to this business would preclude us from allowing any deductions for the separate business.” Second, even though the Notice of Deficiency had allowed some some §179 deductions and depreciation deductions, Judge Morrison denied those. In note 20 of the opinion he explains: “Because Alterman and Gibson failed to brief their entitlement to deductions for business expenses related to Altermeds, LLC, including depreciation and sec. 179 expenses, and because they argue that the amounts of deductions they reported for depreciation and sec. 179 expenses should be re-characterized as cost of goods sold, they have waived any argument that they are entitled to the deductions allowed by the notice of deficiency for depreciation and sec. 179 expenses.”  It does not appear there was any net damage here, however, because the IRS brief had conceded that the same amounts of 179 and depreciation expenses could be counted as part of the COGS calculation.

Get your accounting straight and be sure to hire tax counsel who have the specialized knowledge needed for the job of representing you before both the IRS and Tax Court.

Coda: Since the tax years at issue in this case these taxpayers here gone “fully recreational” and changed their business name from Altermeds to Starbuds. Cute, eh? They run dispensaries in eight locations around Colorado, so I supposed the restrictions in 280E have not hurt too much.

Read other papers by Bryan at his SSRN page
https://papers.ssrn.com/sol3/cf_dev/AbsByAuth.cfm?per_id=364489 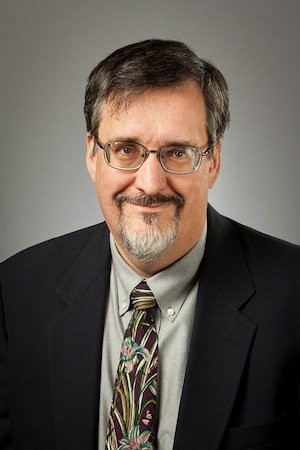