This report via born2invest.com injects a dose of reality..

In the years leading up to legalization, Prime Minister Justin Trudeau invariably said the historic turnaround was not about making money, but about protecting public safety and public health. But that stance effectively left the industry empty-handed when it came to government programs designed to encourage business. It took three years for legal cannabis products to generate more sales than illegal cannabis and hashish in the province of Ontario.

Yes, the legalization of cannabis is a good thing. Except perhaps for investors trading the “green gold” on the stock exchanges. According to a report by a Canadian law firm, investors have already lost nearly €95 billion in four years trading shares of 183 publicly traded cannabis companies. That is €2,500 per capita has thus already gone down the drain!

Read more on the subject and find other important cannabis news with the Hemp.im mobile app.

Gone up in smoke (not the cannabis but the money)

‘The Green Rush has gone up in smoke,’ said the CTV News host about the malaise in Canada’s legal cannabis industry, which has now been in existence for four years. The surely shocking calculations of the billion-dollar loss come from Miller Thomson, who works for a Toronto law firm.

Not that cannabis legalization in Canada can now be called a resounding failure. Sales of legal cannabis have been steadily increasing since October 2018. Cannabis now contributes almost as much to Canada’s Gross National Product as the dairy industry. But the best-known and largest cannabis companies have thus lost billions.

“Despite their meager performance, however, those losses have not stopped those same companies from paying out multi-million dollar bonuses to their management,” CTV News cynically observes.

Although it doesn’t help initial investors anymore, the federal government is currently holding a legal review of the Cannabis Act, which cannabis trade representatives hope will “breathe new life into the industry.”

They are also calling on the national government to make changes regarding limited marketing and advertising rules, excessive VAT rates, and product restrictions – such as the 10 mg THC limit in edibles – that make it difficult for legal businesses to compete with the black market. A panel has been formed from the industry to advise Canadian ministers (they have two there, one separate for “mental health and addictions”) regarding the review. 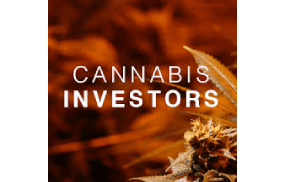