We’d weep if we had the time.

This week, the ACT became the first jurisdiction in Australia to legalise small amounts of marijuana for personal use.

The change is a modest one — Chief Minister Andrew Barr describes it as ‘evolution rather than revolution’. But you wouldn’t know it to listen to Scott Morrison and his Coalition colleagues, who have described the changes as ‘dangerous’, ‘madness’ and ‘unconscionable’.

So let’s bust four myths about cannabis in Canberra.

Since 1992, people possessing small amounts of cannabis have not been charged with a crime. Instead, they are issued with a ‘Simple Cannabis Offence Notice’, which typically involves a $100 fine. The same system applies in some other parts of Australia, including South Australia and the Northern Territory. The aim is to ensure that police can focus on violent crime, rather than having ACT law enforcement tied up prosecuting people caught in possession of a single joint.

READ MORE: Sorry, Tourists Won’t Be Able To Smoke Weed In The ACT

MYTH 2: FOR THE FIRST TIME, ACT LAWS WILL BE IN CONFLICT WITH FEDERAL LAWS.

Since the Simple Cannabis Offence Notice scheme was introduced in 1992, Canberra’s laws have been in conflict with federal drug possession laws. There’s a bit of confusion as to how the territory and national laws interact; even the Commonwealth Director of Public Prosecutions doesn’t seem quite sure.

But over the past generation, it hasn’t stopped ACT police from doing their job — putting their intelligence-gathering powers into chasing down major drug kingpins, while issuing $100 fines to people found with small amounts of cannabis for personal use. Anyone who is worried about the technical inconsistency between federal and ACT cannabis laws should have been worried for the past 27 years.

And they should also be worried by the same inconsistency in other parts of Australia that have decriminalised small amounts of marijuana for personal use.

Or perhaps Canberra’s critics could find bigger problems to worry about.

Canberra’s new laws simply remove the fines currently levied for possession of small amounts of cannabis. Adults can have 50 grams of dried cannabis, or up to two plants, with a limit of four plants per household. No hydroponic cultivation. The cannabis must be kept securely, so that it cannot be accessed by children (just regular grass on your nature strip, please).

Large-scale cannabis growing remains illegal, as does the sale of cannabis. Tourists hoping to munch down a hash brownie while watching a joint sittings of parliament will be sadly disappointed. Like the 1992 decriminalisation decision, the latest changes apply only to personal use.

MYTH 4: CANBERRA IS LEADING THE WORLD

As the Economist magazine recently noted, “A global revolution in attitudes towards cannabis is under way“. In Canada, marijuana has been legalised, including for commercial sale. In the United States, 11 states, including California, Oregon, Colorado and Illinois, have legalised cannabis entirely. It is too early to be sure of the full effects on public health, but researchers have already noted an interesting pattern in retail sales: when states legalise cannabis, alcohol sales fall and junk food purchases rise. Several European nations are contemplating full legalisation of cannabis, and New Zealand is scheduled to hold a referendum on the issue next year.

Canberra’s cannabis laws aren’t due to take effect until 31 January 2020. Hopefully by then, the Morrison Government will realise how modest these changes are, and recognise that if they attempt to intervene, they’ll most likely make a hash of it. 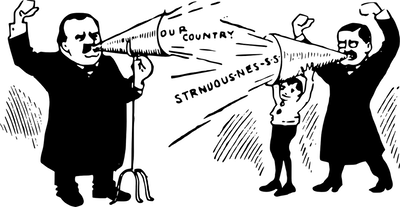