The alarm sounded first in 2017, as the UK-based firm Compass Pathways filed three patent applications for the use of psilocybin against treatment-resistant depression. One of them was granted by the United States Patent Office (USPTO) on December 31, 2019, spurring a wave of protest based on the perception that such protection could prevent medical, traditional, or recreational uses of Psilocybe mushrooms by others. Such concerns have somewhat subsided since then, as it became clear that the patent covers only a specific crystalline form of synthetic psilocybin (COMP360), not the natural fungus itself.

Despite this, apprehension over the broad nature of granted or filed Compass patents and its purported impacts on research remains unabated. Actually, it has entered full-blown mode in the last weeks, thanks to author, podcaster and investor Tim Ferris. In a series of tweets, he issued the regroup call:

I am very concerned by the patent land grab warming up in the for-profit psychedelic world. Is anyone working on an IP Defense Fund—or coalition of pro-bono lawyers—of some type to file USPTO objections/comments, etc. when companies attempt to secure broad patents that could hinder scientific research, reasonable competition (i.e., for “scale” and wide accessibility, we need competition to help drive costs down), and so on? Who are the smartest people thinking about this?

Read the full article at. https://chacruna.net/psychedelic-patents-capitalism/?mc_cid=0433a80f96&mc_eid=97f9df24b6 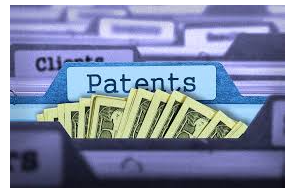