From The Costa Rica News

Costa Rica has legalized the cultivation and processing of Hemp under a recently signed law that attributes supervision to the agriculture and health agencies. The new law also establishes a legal framework for marijuana in medicinal and therapeutic purposes.

Released in mid-September, the legislation puts the agriculture, production, industrialization and marketing of Cannabis under the responsibility of the country’s Ministry of Agriculture and Livestock, while allowing for research and academic study that will be overseen by the Ministry of Health.

Licenses will be granted for the development of medicines, cosmetics, essential oils and other products for therapeutic use, as well as for food and industrial applications. The law includes a section on crimes, offenses, administrative penalties and confiscation, as well as a chapter on incentives for producer organizations and small businesses.

The national production of Cannabis for medical and therapeutic purposes will be regulated through a certification program that takes into account the patient’s condition according to the guidelines of the Ministry of Health. Individuals can grow marijuana in Costa Rica for personal consumption, but its sale is illegal and can be punished by criminal law.

The Government has highlighted the potential economic benefits for developing the sector, which will be supported by 5% of the tax collection on Cannabis products. The industry will also benefit from the inclusion of cannabis in the “Descubre” program, established last year to support the agriculture and fisheries sectors in Costa Rica, and which addresses food safety, the efficient use of public resources and sustainable development. The objectives of the program are the modernization of agriculture through coordination between public entities, in order to overcome the inequalities that exist in the different areas of the country.

Marijuana is grown mainly in Talamanca, in the southeastern province of Limón. But Hemp cultivation will be a challenge, as in other tropical countries, by Costa Rica’s warm climate and 12 hours of daylight.

Costa Rica has legalized hemp farming and processing under a recently signed law that puts oversight under the Central American nation’s agriculture and health agencies. The new law also sets a framework for marijuana for medicinal and therapeutic applications.

Published in mid-September, the legislation puts agriculture, production, industrialization and commercialization of cannabis under the country’s Ministry of Agriculture and Livestock, while permits for research and academic study will be supervised by the Ministry of Health.

In recent posts, we’ve explored legislative developments regarding cannabis in Argentina, Colombia and Mexico. Today, we turn our attention to Central America, and specifically Costa Rica, where a bill that seeks to legalize medical cannabis is winding its way through the legislative process.

The bill was originally introduced by Zoila Rosa Volio in March of last year, but has since stalled. Based on comments by Volio, bureaucratic ineptitude is mostly to blame (“the MAG [Ministry of Agriculture and Livestock] is like the Bermuda Triangle”), though opposition from some deputies on religious grounds appears to have also played a role (“I do not believe that a cannabis plant is a sin … because it is God’s work”).

However, the economic hardships brought on by the coronavirus pandemic have provided new impetus for the bill. As Volio points out, “It would be a project to generate employment. There are many companies that are bankrupt that could start producing these types of products. They could come together and plant hemp and establish a safe market where their product can be placed.”

In addition to the possible boost to its agricultural sector, Volio suggests Costa Rica could become a cannabis R&D cluster. Given Costa Rica’s established role as an exporter of medical devices and medical tourism destination, this aspiration is far from fanciful.

In May, President Carlos Alvarado announced his government’s support for the bill, specifically citing it as “one of the initiatives to reactivate the economy after the crisis caused by [COVID-19].” Last week, the Legislative Assembly Environment Committee approved an amended text.

With regard to hemp, the bill would authorize “the cultivation, production, industrialization, and marketing of non-psychoactive hemp [below 1% THC] or cannabis and its products or by-products, for food and industrial purposes.” Producers would need to register with the MAG, while those carrying out research and processing would need to register with the Health Ministry. The bill would also call for the executive branch to issue necessary regulations.

In addition, the bill would authorize “the use and exploitation in the national territory of psychoactive cannabis [1% THC or more] for the medical and therapeutic purposes,” covering both cannabis cultivation and processing. Cultivation activities involving psychoactive cannabis would require a license issued by the MAG, while research and processing activities would need to be licensed by the Health Ministry. Licenses would be available to natural and legal persons.

Developments in Costa Rica confirm that a cannabis revolution is underway across Latin America. Leading the charge are personalities like Volio, who are emerging from across the political spectrum, bringing a diversity of philosophical approaches in support of legalization initiatives. For instance, another of Volio’s recent initiatives concerns the closure of unauthorized runways, often used by drug traffickers. It is refreshing to see politicians who don’t see an inconsistency between supporting law-and-order initiatives and advocating for greater access to Hemp-CBD and medical cannabis. 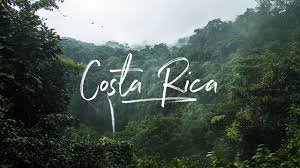