Article: Could Giving Acid to Dolphins Help Us Talk to Aliens?

How dolphins on LSD shaped the search for extraterrestrial intelligence.

On April 8, 1960, famed planetary astronomer Frank Drake turned the radio telescope at the Green Bank Observatory in West Virginia toward Tau Ceti and Epsilon Eridani, two Sun-like stars about 11 light years away from Earth. At that point, Drake had spent most of his professional career using radio waves to listen to the cosmos, but Project Ozma was unlike any task he had undertaken before.

Instead of listening for celestial bodies as they moved through the cosmos, Drake was searching for intelligent alien life.

By the time Drake shut down Project Ozma three months later, no extraterrestrial signals had been detected. It would have been a remarkable coincidence if the first scientific search for extraterrestrial intelligence in history had detected life around two of the closest stars to Earth, but that didn’t make the silence any less conspicuous. Then, as now, observation time on a world class radio telescope was a precious commodity. The question facing Drake and his colleagues was whether the search for extraterrestrial intelligence was worth the time, money, and foregone opportunities.

Following the conclusion of Project Ozma, Drake organized a conference with the intention of plotting the future of the search for extraterrestrial intelligence—or if it should have a future at all. The guest list was a who’s who of scientists doing cutting edge work in their respective fields. There was the young planetary astronomer Carl Sagan; Barney Oliver, the director of Hewlett Packard Labs; the astrophysicist Su-Shu Huang, who coined the term “habitable zone”; the chemist Melvin Calvin, who was notified that he won the Nobel Prize during the conference; and six others, including Drake.

When Drake delivered the guest list to J. Peter Pearman, the National Academy of Sciences space science board officer who had requested the conference, Drake joked that “all we need now is someone who has spoken to an extraterrestrial.” But Pearman, ignoring the humor, had a suggestion: John Lilly.

In 1960, Lilly established the Communication Research Institute on St. Thomas in the Virgin Islands, where he spent his days trying to talk to dolphins. 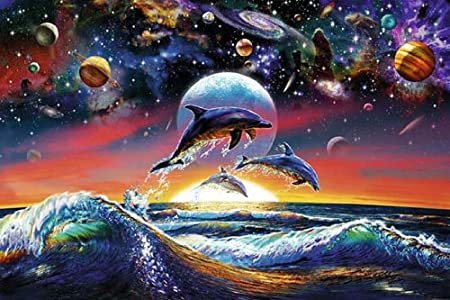