Since the ACT’s drug law reform announcement in late 2022, there’s been a lot of talk about decriminalisation and other drug policy changes.

But what does it mean, how does it work and what are the risks and benefits?

Decriminalisation involves the removal of a criminal penalty for using or possessing small amounts of drugs.

There are two types of decriminalisation:

Neither of these two options make it legal to sell or ‘deal’ drugs.

Decriminalisation isn’t the same as legalisation.

Legalisation is where drugs are regulated and allowed to be sold and bought according to government rules.

Examples of legal drugs include:

Most programs in Australia are ‘in practice’, not ‘in law’, and made up of:

In SA and NT, someone caught with small amounts of cannabis can be fined instead of being charged.3, 4

While in QLD, VIC and NSW, police may instead issue a caution or warning.5-7

And in VIC, SA and WA, some people can be diverted to a treatment or education program if caught possessing drugs other than cannabis.4, 6, 8

These practices are proven to:

If we already have ‘in practice’ why implement ‘in law’?

Having decriminalisation ‘in practice’ means police, courts and service providers can use their discretion when deciding to allow someone to be diverted from the criminal justice system.10, 11

But this means diversions, cautions and fines aren’t always given out equally.

For example, this has resulted in police officers often charging people for a cannabis possession when a caution would be more appropriate.10, 11

Those from marginalised communities, especially young Indigenous people, are also less likely to be diverted for the same crime of possesion.10, 11 In NSW, police were found to be four times more likely to give cautions to non-Indigenous people.12

The current ‘in practice’ programs in Victoria are also more time-consuming for police than charging someone, increasing barriers to offering diversions.10

People in WA are the least likely in the country to be diverted for minor drug possession, despite having programs that cover all drugs, not just cannabis.13

SA has the highest rate of diversion, with 98% of people caught for possession/use being diverted from the criminal justice system – compared to 32% in WA.2

SA’s cannabis program is required by law, and is not up to police discretion.4

Having decriminalisation ‘in law’ rather than ‘in practice’ can increase equality and decrease administrative burdens for police.11

What are the risks?

Decriminalisation isn’t a solution to drug-related harm on its own, and should be implemented along with increased investment in treatment.15

It also doesn’t address the supply or manufacture of illicit drugs. One of the risks of illicit drug use is that they’re unregulated, so we don’t know what’s mixed with them, or how strong they are. This increases the risk of overdose, injury and death.

To address this issue, other measures are required such as pill testing, or legalisation.16, 17

In fact, decriminalisation may have the opposite effect, as more people are able to access treatment for their dependence.19

Do Australians support it?

There’s widespread support for moving away from a law enforcement approach to drug use in Australia, towards a health response.

To find out more about decriminalisation, legalisation and drug law reform check out these pages: 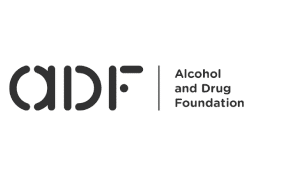