Article Details Cannabis Tax Numbers In Washington State. What’s Coming In & Where The Revenue Is Being Spent

The cannabis industry continues to boom in the State of Washington when it comes to tax revenue. But, where is the money collected from taxes going?

That number is extensive, considering total liquor income the State of Washington collected in 2018 was $209.8 million, respectively.

In 2017, The State of Washington collected $315.2 million in revenue from cannabis taxes and $3.9 million from cannabis license fees.

Between 2018 and 2017, Washington State saw an increase of $48.3 million in revenue from cannabis taxes and licensing fees.

In the annual report, $198.9 million from cannabis revenue was deposited into the Washington State General Fund which is used to provide ‘much-needed’ additional resources for education and other critical state services, the board stated in its annual report.

More than $117 million of revenue from cannabis went towards funding health care services, while cities and counties in the state split $15 million.

A little more than $36 million dollars of cannabis income was allocated to Cannabis Education and Prevention.

Officials said the funds were used to distribute public education materials regarding the health and safety risks that are associated with cannabis. They added the revenue went to fund substance programs and mental health services across the state.

The revenue also was allocated to cannabis education and public health program, and grant programs for the prevention and reduction of youth cannabis use.

In 2018, $1.1 million of cannabis revenue was spent administering the Healthy Youth Survey which polls students in middle and high school in the state about marijuana and liquor consumption.

A portion of the more than one million dollars went towards a contract with the Washington State Institute for Public Policy to conduct a cost-benefit analysis regarding the implementation of Initiative 502 also known as the legalization of marijuana.

More than $20 million of cannabis income was used to fund grants that supported Building Bridges programs. The income was also allocated for community health centers, which is funded by the Health Care Authority.

In 2016, the state collected $186 in cannabis tax revenue and $3 million in cannabis licensing fees. The state made more revenue in liquor consumption coming in at $201 million.

It is crystal clear that the State of Washington is making more money from cannabis sales than liquor sales, as cannabis revenue started to rise than liquor revenue each year beginning in 2017. 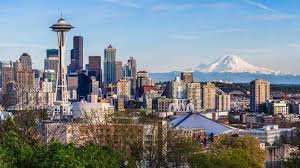