Vince Sliwoski of Harris Bricken writes for MRR.  A few weeks back, the Cannabis Law Institute invited me to discuss contract drafting for cannabis deals. A focal point for the panel was whether courts are willing to enforce cannabis contracts. The last time I had really looked at that issue was early 2019, when I wrote: Cannabis Dispute? Courts are Open. As the title indicates, my research (and our law firm’s experience) showed that both state and federal courts were generally open to resolving cannabis contract disputes at the time. And I assumed the trend had held. Unfortunately, it has not!

In 2020, state courts still seem to be a good bet for cannabis businesses in cannabis-legal states. Although I have not run a formal survey, I also have not come across local courts tossing disputes solely because the contract related to cannabis activities (and our cannabis business litigators have worked on many of these cases). But federal courts are sliding backward. A trio of cases in Washington, Oregon and Nevada show why.

Before running that dismal gauntlet, it’s important to understand the rationale used by federal courts to enforce cannabis contracts previously. The touchstone ruling here is found in Mann v. Gullickson, 2016 WL 6473215 (N.D. Cal. Nov. 2, 2016).In that case, the court observed that “[n]o principle of law is better settled than that a party to an illegal contract cannot come into a court of law and ask to have his illegal objects carried out…” (quoting Wong v. Tenneco, Inc., 39 Cal. 3d 126, 135 (1985)). That makes sense, right? For example, if Party A pays Party B to start a forest fire, but Party B pockets the cash and skips town, no court would require Party B to return and start the fires. The contract would be void for public policy reasons.

His full article can be found at  https://marijuanaretailreport.com/federal-courts-are-going-backward-on-cannabis/ 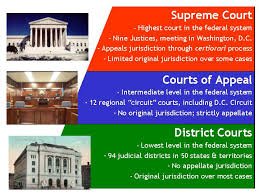