Article – Ford Harrison: Recent Progression in the Legalization of Marijuana has left Employers Dazed and Confused 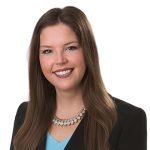 In the last year, a record number of states have amended or enacted laws which regulate marijuana testing, accommodations, and use. Among these states, at least two states have specifically banned pre-employment testing of marijuana. Some states have also enacted provisions which protect employees from being discriminated against for obtaining a medical marijuana license, require reasonable accommodations and provide privacy rights outside of the workplace. In total, 15 states currently have medical cannabis laws that provide some form of explicit employment protection for medical cannabis users. Needless to say, the rapid progression in marijuana legalization has left employers “Dazed and Confused.”

According to the annual Quest Diagnostics Drug Testing Index, positive marijuana results have increased nearly 24 percent since 2014 for safety-sensitive employees in the federal workplace, who are subject to federally mandated drug testing. The critical issue with marijuana drug testing for employers is that positive results do not reliably establish that an employee used or was impaired by the drug while on the job. Indeed, marijuana can stay in an individual’s system for as long as 30 days from the last time consumed. This is a big reason why jurisdictions like New York City and Nevada have chosen to prohibit pre-employment testing, with the exception of high-risk roles, care-givers, and emergency responders. Even states that allow pre-employment testing, like Oklahoma, have certain provisions that bar employers from refusing to hire applicants solely because of a positive result.

In addition to added employment rights for recreational marijuana users, employers may also have obligations under state laws that protect employees who are certified medical marijuana users. These laws prohibit employers from taking any adverse actions against applicants and/or employees because they have a license. Among these states, 15 – Arkansas, Arizona, Connecticut, Delaware, Illinois, Maine, Minnesota, Nevada, New Jersey, New Mexico, New York, Oklahoma, Pennsylvania, Rhode Island, and West Virginia – specifically restrict employers from terminating, refusing to hire, or materially changing employment based solely on an individual obtaining a medical marijuana license, while such restrictions are implied in other states like Massachusetts.

Are Employers Required to Accommodate Employee Marijuana Use?

Based on this changing landscape, employers may be wondering whether they need to accommodate these employees, especially those employers that operate in several different states. As of right now, no state requires on-dutyaccommodation of marijuana. However, several states, including New Jersey and Massachusetts, have ruled that an employer is not immune from disability discrimination or failure to accommodate claims under state anti-discrimination statutes. For example, in Barbuto v. Advantage Sales and Marketing, LLC, the Supreme Judicial Court of Massachusetts held that an employer may be required to reasonably accommodate off-duty use of medical marijuana when it is the “most effective” treatment in comparison to alternative medications permitted under an employer’s drug policy, provided the employer cannot show an undue hardship in allowing such off-duty use.

Despite the winds of change, marijuana remains on the list of Schedule I substances at the federal level. Likewise, the Americans with Disabilities Act does not require employers to accommodate an employee’s off-duty use of medical marijuana, even when permitted under state law. In response to this inertia on the federal level, state legislatures have increasingly taken matters into their own hands to begin to provide protections for employees.

Similar to the U.S. experience during the Prohibition Era, state action protecting users is strongly motivated by entitlement to privacy outside of the workplace and within the sanctity of an individual’s home. As such, states like Delaware have implemented protections which proscribe employers from assuming that positive test results for marijuana indicate that an employee is under the influence at work. In addition to becoming the eleventh state to legalize recreational marijuana, Illinois has also passed a Right to Privacy in the Workplace Act (IRPWA). Effective January 1, 2020, IRWPA will prohibit employers from discriminating against employees for off-duty use of lawful products. Nevada’s new recreational cannabis law, also effective January 1, 2020, prohibits refusal to hire a prospective employee on the basis of a positive cannabis test, unless, among other things, the person is applying for a safety sensitive position. New York City also recently passed a law, effective May 10, 2020, prohibiting testing a job applicant for cannabis, unless certain carve-outs apply, including if the job has the potential to impact the health or safety of other employees or members of the public.

Bottom line: In order to avoid drug policies going up in smoke come 2020, employers should ensure their policies comply with state laws governing medical and recreational marijuana use. Issues to consider include whether pre-employment testing is permitted and/or necessary; ensuring safety is the focus of reasonable suspicion testing; and how to reconcile drug testing policies with accommodation requirements under federal and state laws.