Interesting and well worth a read report from EdHat Santa Barbara who write….

With clarity, depth and painstaking detail, the must-read report provides a compelling case study of local governance gone awry, as it shines a bright light on the atmosphere of soft corruption in which the Board of Supervisors operated.

In the middle of the muck are Supervisors Das Williams and Steve Lavagnino.

Operating as an “Ad Hoc Committee,” which allowed them to skirt California’s open meeting law, the two turned the power and resources of county government to the singular task of crafting and implementing laws and regulations specifically designed to serve the direct economic and legal interests of the cannabis industry, the report demonstrates – at the expense of the broader community.

“The Board of Supervisors granted nearly unfettered access to cannabis growers and industry lobbyists that was undisclosed to the public during the creation of the cannabis ordinances,” the jury wrote.

Read on for more California Cannabis Chaos at 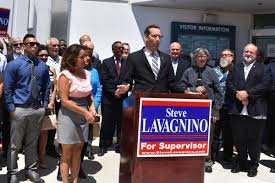