With the Lebanese currency losing 80 percent of its value, farmers are questioning the economic viability of a product that has sustained them for generations.

“Before the crisis (the price) was $600 per 1.25kg” of hashish on average, said Talal Chamas, a 23-year-old business graduate and farmer.

Last year’s crop fetched just 500,000 Lebanese lira per 1.25kg – now worth only $70 – after the government clamped down on exports and the country’s economy plunged.

In the village of Buday, instead of giving up hope, one family sees this as a positive chance to innovate. Undaunted by the drop in revenue, they aim to diversify into sustainable, healthy products more suited to the wellness industry than the illegal drug trade.

Hamza Chamas, 34, is a founding member of the initiative, in charge of research and development. He explains how, after the buds are removed to be processed into hashish, farmers usually burn the rest of the hemp plant – “but there is a lot of business in this stem!” he says.

“Our plant here gives us everything,” Hamza says. “The big vision is to create an alternative ecosystem for the village that belongs to us, from what we have.”

Beginning with hemp milk, the Chamas family is working on producing a range of products, including hemp oil and butter for use in food and cosmetics and hemp fibre for the manufacture of fabric.

Byproducts will be used as aggregate in brick-making and as fertiliser. Nothing will be wasted.

The tools in this photograph are used to separate fibres from the stems of hemp plants to later be made into cordage and fabric.

While their new product offerings are above board following Lebanon’s April legislation legalising hemp for medical and industrial use, the Chamases are against the new law, seeing it as an exploitative move by a notoriously corrupt government clutching at straws to bring in cash to sustain the political elite.

“We are for legalisation but we are against this law,” Talal Chamas, one of Hamza’s relatives, says. “It’s not a law to protect people, it is a law to make [politicians] profit.”

Regardless of whether or not it is legal to grow and process the plants, the Chamas family would take this path anyway, it says. And it wants the government to have no part in it, aiming instead to build their own local, circular economy.

The Chamases are concerned that the new law will lead to commercialised monopoly of the industry by the political elite. “As the farmer, I’ll have to go and buy seeds from them. And later I’ll buy [insecticide and fertiliser] from them, and after that I’ll give them the product and they will give me $1,000 and they will make $1m,” Talal says. 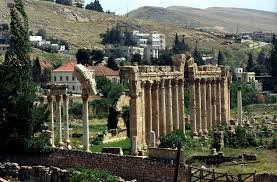