For now, Australia is definitely not leading the way in medicinal cannabis. But the tide is turning slowly turning, and even the harshest critics now admit cannabis oil can help children with epilepsy.

“The one thing that it is okay for is for childhood epilepsy,” admits Drug Free Australia’s Gary Christian. “You actually get a reduction of about 20% of seizures over placebo for these kids. Some of them have miraculous results and most seizures go, but by the same token there are other kids who don’t get any result [and it] actually makes it worse.”

Morgan believes it’s time for the rules around growing cannabis in Australia to be looked at. “It’s breaking an unjust law. I don’t know whether that law should be in place, but I guess we are breaking it.”

The system within Australia also infuriates Michael. “The most frustrating thing [is] most of the politicians that I have spoken to over this – and we have spoken to dozens – admitted to us discreetly and privately, ‘Yeah, I have a smoke occasionally.’ Hypocrisy pisses me off.” 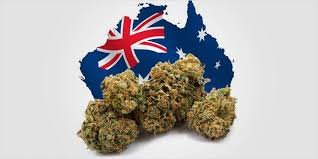