Article: Politics UK – How the UK can become a legal-cannabinoid “powerhouse”

As someone who has been interested in the health and well-being benefits of cannabinoids for over two decades, it’s been a privilege to be involved with Association for the Cannabinoid Industry and Centre for Medical Cannabis’ recent submission to the government’s Taskforce on Innovation, Growth and Regulatory Reform’s (TIGRR) report that was presented to the Prime Minister.

The report includes regulatory reform proposals for the fast-moving cannabinoid industry to help capture the value of today’s cannabinoids market.

It provides the UK an opportunity to position itself to profit from the future high-value cannabis derived innovations that will emerge in response to investment.

The Prime Minister asked former ministers Sir Iain Duncan Smith MP, Theresa Villiers MP, and George Freeman MP to identify how the UK can “take advantage of its new-found regulatory freedoms and stimulate growth, innovation and competition across the economy and level-up across the country”.

The resulting recommendations in the Prime Minister’s TIGRR report demonstrate the huge opportunities in the UK to lead the cannabinoid industry globally on standards.

They highlight that the UK’s leadership in cannabinoid medicines has been recognised and recommendations have been made, which will not only cement our global position, but also grow the industry in terms of innovation and ultimately value for the U.K. economy.

Read the full report at  https://www.politics.co.uk/comment/2021/07/26/how-the-uk-can-become-a-legal-cannabinoid-powerhouse/ 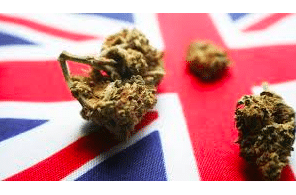