Nevada County, California is a noted cannabis growing region. The remote western slope of the Tahoe Sierra sees lots of rain and enough sun to make for ideal growing conditions. Since long before California voters passed the nation’s first medical marijuana law in 1996, Proposition 215, Nevada County cannabis farmers have been cultivating abundant amounts of some of the highest quality cannabis in the world.

Under the now obsolete Prop. 215, state-level regulations regarding cultivation and distribution were light, and Nevada County, along with other cannabis-fertile municipalities in the state, saw the number of grow operations expand rapidly. Many cultivators came out of the dark as Prop. 215 growers, but most remained in the shadows of legality.

A large and growing number of unregulated cannabis grow operations led to problems with citizens and law enforcement officials, local, state, and federal. It is not uncommon for a cannabis farmer to be robbed at gun point during harvest season. Some growers illegally sequester water and disturb the natural landscape. Some use pesticides with no attention to directions for use. Documented environmental catastrophes in the sensitive Yuba River watershed are numerous. 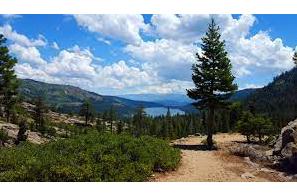