Article – The Guardian: ‘This is another revolution’: could legalisation of cannabis transform Mexico’s economy?

As always, a good read.

‘This is another revolution’: could legalisation of cannabis transform Mexico’s economy?

In anticipation of the long-delayed legalisation of cannabis – after a number of supreme court decisions decreed the right to cultivate and deemed unconstitutional the ban on recreational use – the war on weed in Mexico is winding down and the festival is just one of 20 marijuana-related events being held across the country.

Cannabis growers feel increasingly confident in going public and some farmers are switching crops to la Santa Rosa: a gram of which can be sold for more than several kilos of black beans.

“This is another revolution,” says Isidro Cisneros, a grower from the town of Cuautlixco in the state of Morelos where the Mexican revolutionary Emiliano Zapata was born. “It’s about land and freedom, and a plant that has been criminalised for years without good reason. Growing cannabis, peasants can live and eat well.”

Cisneros – who began growing cannabis in 2022 – is part of the campaign group Plan Tetecala, which has gained the support of the state human rights commission.

One of many growers selling their products late last year at Toquefest in Puebla, two hours south-east of Mexico City, Cisneros says: “Farmers must have the liberty to plant what they want, and not only when the government or corporations say they can,” he adds. “Since the revolution, no one has helped us: now is the moment for us to help ourselves.”

Mexico’s president, Andrés Manuel López Obrador, has indicated his support for legalisation as part of a wider push to dismantle prohibitionist policies but has been criticised for dragging his feet. Bills have been passed in both legislative chambers over the past two years but they have not agreed on the same version.

Campaigners allege that opposition from the armed forces could be holding up legislative success. In November, hacked documents from the defence ministry revealed links between elected officials and drug cartels, and influence of the military over civilian institutions. Activists also point to the removal of equity clauses in the drafts as evidence of corporate influence that, in the US, has contributed to high taxes and bureaucracy that effectively exclude small farmers.

Despite senior government figures indicating regulation is a top priority the domestic industry is developing apace in a mostly tolerated grey market free from an influx of foreign capital that could arrive if legalisation is passed without safeguards.

Communities in Michoacán, Chiapas, Oaxaca and Guerrero, among others, have said they want a share of the pie – with many landless farmers known as campesinos still earning near subsistence wages growing rice, corn and sugar. 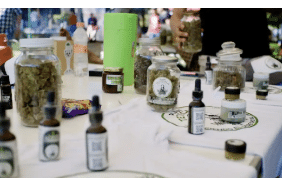