Article: The Legal Status of CBD Oil in Israel

CBD is now a worldwide health food supplement phenomenon. Cannabis consumption is not limited to Amsterdam, California, or any place that has upgraded to this status. CBD has brought cannabis products out of the shadows and onto the shelves of your local pharmacy. Not all governments have been as receptive to the cannabinoid, at least not recreationally. Leaders in Israel have failed to allow CBD to be widely obtainable. A decision which is likely by design.

Israel has been one of the leading countries in cannabis research studies. CBD’s three-dimensional structure was first identified in 1946 by an Israeli scientist, Dr. Raphael Mechoulam. He would later discover perhaps the most ground breaking research in the history of cannabis by showing that CBD could possibly treat epilepsy and associated seizures.

Now CBD or cannabidiol is known as a supplement which can be taken every day by almost everyone just like a vitamin D, calcium or magnesium capsule is taken by many to supplement a food diet. The nutrients present in CBD oil are many just like the way regular vitamins or minerals add to the health of the human body.

Even with the majority of ground breaking discoveries in the world of CBD coming out of Israel, the leaders of this country have failed to fully authorise the sale of CBD. However, 2021 may actually to be the year that Israel makes up for lost time.

For the citizens of Israel, getting CBD oil is not difficult. Israel is far from anti-cannabis. CBD was removed from the list of banned substances in August of 2020 and has been available in pharmacies since 2017.

CBD hasn’t seen the success in Israel as in the UK or United States however and this seems to be intentional. Although the beneficial cannabinoid is permitted, CBD isn’t available to be bought and sold on the free market. The CBD sold in pharmacies is upheld to a high standard and there isn’t a free for all like there is in the US with loose regulations and a hands-off approach by government agencies.

Cannabis is treated like medicine in Israel. It is available in pharmacies, sold by a professional with a medical degree, the dosage is clear and is closely regulated by the Ministry of Health. The farms and production facilities are closely monitored as well. It is clear that the health benefits along with the lack of side effects associated with CBD oils and carrier oil nutrients are truly recognised by the people of Israel. Men and women have a way of using beneficial cannabinoids like CBD to alleviate symptoms caused by sleep disorders, anxiety, stress and pain. The results of CBD oil supplement drops on the body is clear to all in Israel.

This approach is much different than that of the US, where CBD is going almost unregulated. The FDA has issued warnings about false medical claims but apart from a warning letter, there hasn’t been much regulation at all. Israel’s approach is much more aligned with other regular medications.

The cannabis industry in Israel is almost entirely being run by the government. Critics of this system would say that this inhibits innovation and access. This case would be a difficult one to make to people like Dr. Raphael Mechoulam. However, Israel’s medical cannabis system has been known to create wait times as long as months. For an Israeli to obtain a medicinal cannabis recommendation from a doctor, they have to try traditional medicine as a treatment for one year. This has resulted in a low amount of medicinal cannabis patients. It is unclear how accessible CBD health supplements have been made to the public through the country’s pharmacies.

Israel hasn’t let their strict status on how CBD is purchased to stop them from cashing in on the emerging market. Companies like Provacan are selling their CBD products online direct to the consumer, as long as they live in the UK.

The Israelis are also looking into exporting their cannabis flower bud. These deals have yet to unfold but the legislation is ready to go. With the leading research facilities on the planet and optimal growing conditions, Israel could be one of the leading producers of the cannabis plant for the purpose of health food supplements in the world.

It is unclear if Israel will allow its citizens to enjoy the benefits of CBD oils without major restrictions too or only offer the rest of the world their scientifically perfected, ultra-high-quality cannabis products for diet use.

The Future of Cannabis Supplements in Israel

Currently, the recreational use of all cannabis products is discouraged by the Israeli government. Requiring citizens to only be able to buy CBD oil in a pharmacy with a doctor’s recommendation. 2021 however may see a change to this approach.

Israel has announced that they plan on permitting cannabis use in the next year, becoming the third country after Canada and Uruguay. They plan to model Canada, the only country in the G7 to nationally authorise cannabis.

The plan is to expand the sale of cannabis outside of the pharmacies or designated government facilities. Opening up the opportunity for privately run businesses to sell cannabis products.

Israel will likely take the same approach that Canada is currently practicing regarding CBD oil. Only allowing the sale to take place at a business specifically licensed to sell cannabis.

The wild west approach taken by the United States seems to be exactly what Israel wants to avoid. They want cannabis to be highly regulated. Much closer to how other substances with medicinal benefits are monitored. The US and UK have separated marijuana from hemp and allowed the sale of hemp to go nearly unregulated.

For the citizens of Israel, CBD is still technically not allowed be obtained outside of a pharmacy. The new legislation is likely to expand the use and maintain the high quality properties of Israeli-made cannabidiol.

For now, Israeli CBD users will have to find an alternative outlet or go through the steps to obtain a medicinal card. Neither is ideal for someone who wants to try CBD for the first time. To allow companies to export CBD products grown and manufactured in Israel but not allow their citizens to buy CBD online from the same company seems a bit unfair.

The Future of CBD Oil in Israel

Israel has led the world in cannabis research. Many of the studies that legislators use to argue for the end of cannabis prohibition were done in Israeli labs. It seems strange that they wouldn’t be more progressive when it comes to recreational cannabis.

When it comes to cannabis, the Israelis know what they are doing. They are likely waiting to see how the authorisation of CBD and cannabis use unfolds in other countries. The Canadian model has had time to develop and is widely accepted as a success. 2021 should bring authorised cannabis and widely available CBD oil to Israel but don’t expect to see cannabis being traded on anything close to a free market just yet.

CBD History: The Past, Present And Future Of Using CBD [UPDATED]

Israel lays out plan to legalize recreational cannabis, looking to Canada as a blueprint 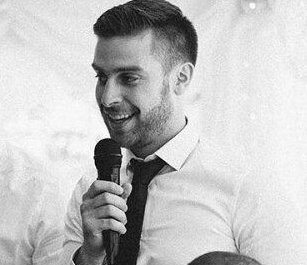