Article: Which States Have the Highest Marijuana Sales Tax? 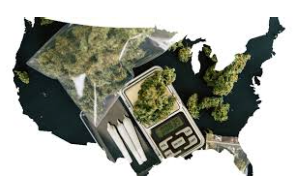 The only things certain in life are death and taxes, they say.

And that applies to the cannabis industry too. Certainly no one looks forward to having to pay an extra fee for taxes, but that’s just part of life. And these days, people are shocked at just how much they have to pay in retail cannabis taxes.

However, we can’t do much since the state determines how much taxes we pay with each pre-roll, flower, or edible that we buy at dispensaries. States determine the tax frameworks in their area, which may sometimes be offset by retailers thus a price increase or the consumers pay for it directly. This is also why there is such a varied tax framework in each state, and some are notoriously so much higher than others. For example, in Washington the current sales tax is 37%, while in Oregon it’s 17%. However, the average is around 15%.

Illinois has a lower sales tax at 7% though this could balloon because flower products have additional taxes, much like higher potency cannabis products and infused goods. So at the end of the day, when you add the local taxes, Illinois products could have as much as 40% tax involved.

So Which States Have The Highest Cannabis Taxes?

It’s hard to determine, since many don’t have a flat sales tax. As demonstrated by Illinois, what seems like a low sales tax is merely the floor tax base and it could definitely increase.

“That is a significant additional cost center that either ends up materially burdening the operator or as a pass-through onto the consumer,” explains Sturges Karban, Chief Executive Officer at ManifestSeven, a cannabis logistics service. He says that none of these are ideal for the development of the cannabis industry, saying that the tax rates mirror “a degree of political ambivalence surrounding the cannabis product category,” even if legalization is becoming more widespread.

“Excessive taxation burdens or disincentivizes the responsible and compliant operators, which then indirectly subsidizes and promotes the black market players that aren’t even paying taxes at all,” he says. “This construct undermines the fundamental purpose of regulating the industry in the first place by allowing the black market to flourish at the expense of the responsible operators that are playing by the rules.”

On the other hand, Katie Ashton, a Dentons law firm partner, says that the states with lower taxes seem like they are working on battling the black market while high tax states focus on community projects including social equity. “You’re seeing a lot of states that are trying to put money into social equity to address the war on drugs,” she says.

Here’s the current tax system based on 2020:

Alaska: Weight-based; $50 for an ounce of flower while $15 per ounce for leaves and stems; $1 for clones and $25 for immature buds and flowers. Alaskan localities can also levy the percentage-of-price excise taxes.

Colorado: Percentage of price based tax for wholesale transactions (15%) while retail transactions are 15%. General sales taxes can also be levied by local governments.

Illinois: Cannabis products with a THC level of 35% and under are taxed 10% of the retail cost, while those above 35% are taxed 25% of the cost. Meanwhile, all cannabis infused goods have a tax rate of 20% of retail price. All dispensaries also pay an additional 7% tax on gross receipts.

Massachusetts: They apply a 10.75% state excise tax, which is levied on retail transaction prices. The localities can also levy a maximum of 3% excise tax on purchases while the state levies a 6.25% general sales tax.

Oregon: A 17% excise tax is levied on retail transactions, while localities can levy a maximum of 3% excise taxes on retail price.

Washington: They impose a 37% excise tax which is levied on the retail transaction price while the state imposes a levy on general sales taxes.

Local and state governments determine marijuana taxes based on a variety of factors:

Price percentage: Similar to how many general sales taxes are computed, the price percentage for cannabis taxes means that customers pay taxes based on the purchase price, after which the retailer will then send it to the state. But similar to excise taxes, these taxes are usually higher than the general sales tax for the state. In some cases, states will levy the price percentage tax based on a wholesale transaction as opposed to retail though this cost is shouldered by the consumer when the final purchase price is calculated. In some states, localities are the ones who levy the percentage of the price excise tax though a ceiling rate is usually imposed.

Potency: Potency-based taxes are similar to alcohol taxes but instead of basing tax rates on the alcohol percentage, it’s based on the cannabis THC levels. However, currently Illinois is the only one who operates with a THC-based taxes. All cannabis-infused products such as drinks and edibles are taxed at 20% of the retail rate.

Weight: Weight-based taxes are similar to cigarette taxes though in the case of marijuana, the taxes depend on the weight of the product. Then, the tax is levied based on wholesale transactions. States that impose weight-based taxes also have varying tax rates on different cannabis products. And with wholesale taxes, consumers assume most of it when they pay for the final purchase.

While some states use one type of tax framework, others combine them into two or more. There are also some localities and states that levy the general sales tax on cannabis purchases on top of excise taxes.

Massachusetts May Tax Black Market Cannabis Dealers Instead of Fining Them Where Is CA Cannabis Tax Revenue Going? Nobody Seems To Know Is The Answer