As of January 2023 Euroclear Announces Trade Ban On Cannabis Stocks

The Cannabis 101 site is reporting the following…

Euroclear, one of the two largest exchanges in Europe has announced that as of January 2023, it will no longer allow the sale and clearance of “international” cannabis stocks. What will this mean for western public cannabis companies?

In news that is bound to be a blow to at least North American public cannabis companies (and may have a knock-on effect on emerging European ones) Euroclear has announced it is ending the sale of “international” cannabis securities through the exchange as of January 2022.

Euroclear is one of two large securities clearing houses in Europe (the other one is Clearstream, which had its own run-ins with the industry since circa 2018 when it briefly banned all North American companies from listing or trading). Euroclear is also one of the world’s largest financial clearing houses overall and provides clearing services for 90% of the world’s top 50 banks. It was founded in 1968 to settle trades on the early Eurobond market and its computerized settlement and deposit system helped to facilitate that buying and selling process. The company is publicly owned.

What Will This Impact?

The news is bound to come as a major blow to those in Europe who are invested in North American securities (for starters) but how is this likely to affect the European market?

For starters, the Exchange is mandating that European investors sell any holdings of North American cannabis stocks. This in turn is placing another negative downward pressure on the US market, in particular, where the SAFE Banking Act is increasingly unlikely to pass Congress this year. Not to mention an industry that has long battled with not only institutional financial institutions but banks and insurance companies for legitimacy in Europe.

On a company-by-company basis, the specialty cannabis press is reporting that investors with holdings in Tilray, Sundial, and Canopy Growth (for starters) will be affected as of January 27. 2023.

Beyond that, however, it is also clear that companies in Europe could certainly be affected, especially those on the German side of the discussion. There is an increasing interest in going to public markets to raise equity within the sector here. Indeed Cantourage just announced its IPO on the Deutsche Börse. 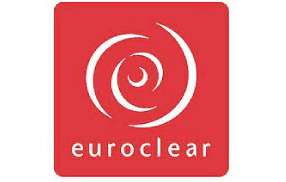