A group focused on representing and promoting Asian voices in the marijuana industry is holding its first event – a Lunar New Year party – after forming its inaugural board of directors.

The Asian Cannabis Roundtable announced its picks for the group’s 12-person board of directors, which includes a number of well-known players in and around New York’s cannabis industry.

“First and foremost, we want to make sure the interests of Asian people are being pushed forth in cannabis,” said Kristin Jordan, president of ACR’s board and founder and CEO of Park Jordan, a cannabis-focused real estate brokerage and advisory services firm.

The roundtable – a New York-based organization with members across the country and in Canada – has been meeting informally for about six years, Jordan said, but recently established itself as a formal entity. ACR will host its first Lunar New Year party in New York City on Jan. 20, and board members will get together the following day for their first official meeting.

ACR also plans to coordinate an annual national policy summit with other cannabis stakeholder groups, and a yearly fundraiser gala on the west coast

Jordan said ACR’s first-ever board is stacked with qualified appointees who are well-versed in the cannabis industry and stakeholder issues.

Among the group’s advisory board is NYS Sen. Jeremy Cooney, who told NY Cannabis Insider he has a “deep understanding of the special relationship between cannabis and New York’s Asian-American community.” 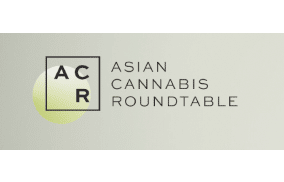