Asterion “Say” They Will Be Employing 1000 In Toowoomba

Toowoomba’s Mayor Paul Antonio believes the region has “tremendous potential” in the medical cannabis industry. By 2051, he is expecting an extra 55,000 people to move to the town – bringing the population to 185,000.

We don’t want to rain on their party but the bigger players in Canada are currently busy trying to flog off their mega greenhouses, cannabis is already being grown at much cheaper prices for biomass in non OECD countries and looking at the record of companies with regard to employment in growing cannabis in Australia they normally struggle to have more that 100 employees at any given time. If CLR remembers rightly similar numbers have been bandied around in Tasmania & South Australia and neither have come to fruition.

Canadian-company Asterion Cannabis is about to start production on the world’s biggest cannabis farm – located in Toowoomba, Queensland.

Asterion first announced plans to build in the regional city last year, promising to construct a $400 million facility near Wellcamp Airport. The facility was granted Major Project Status by the government, which rolled out the red carpet for Asterion.

This week, Asterion has announced that they are just about to start construction. While the site will eventually include 40 hectares of greenhouses across 75 hectares of land, the company is starting small. They expect to have a 10 hectare grow and production facility running by the end of 2022. This farm is expected to employ roughly 1,000 people. 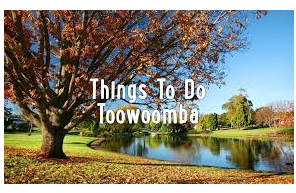