Maybe the domino last week of the courts allowing medical licenses to be  issued again was the push that the politicians needed to move on the bill. Whatever the reason it has now happened and sets the scene for the east coast to develop the world’s largest  recreational vannabis market, this development will certainly shift Albany into gear otherwise a lot of tax dollars will be heading over the bridge and in the tunnel. 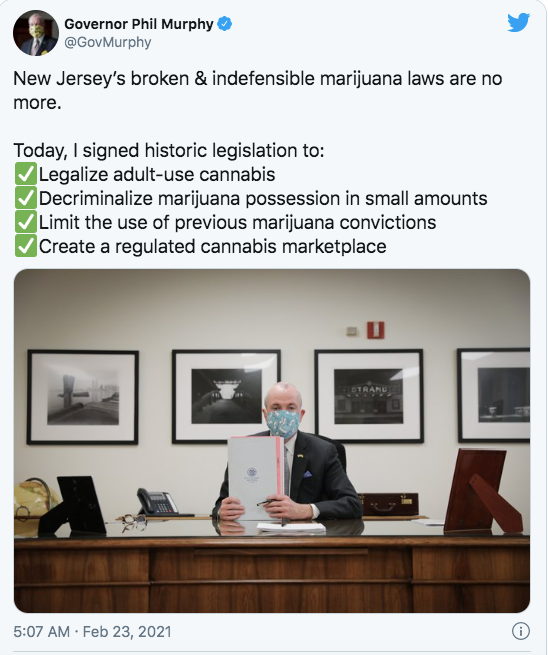 New Jersey Gov. Phil Murphy on Monday finally signed a law to implement a projected $1 billion recreational marijuana market, hours after lawmakers agreed on a “clean-up measure” that had held up the process for months.

Adult-use sales could begin before year-end.

New Jersey is poised to become the largest marijuana market on the East Coast – unless and until New York legalizes adult use. 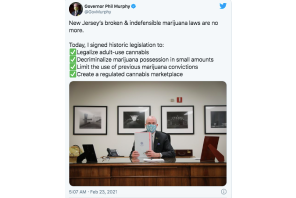