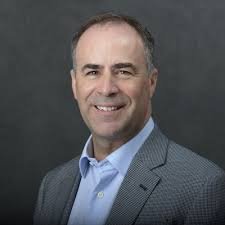 Except for those, of course, who lost their jobs in what he calls a “right -sizing” in an interview with Yahoo Finance

We do just love corporate speak here at CLR.

“But no one should look at the overall economics of the cannabis business and think that it’s not healthy or think that there’s not great opportunities, for companies that are run well, to be successful.”

“You have to separate what people thought the business was going to be with what it really is,” he said. Looking back at least a year and a half ago, he said most cannabis companies had “irrationally exuberant expectations.”

As for the U.S. ambitions some companies are developing, Martin said everybody’s focused on what opportunities could arise.

Many believe these promises could pave the way for a more national legalization movement, but questions remain around the timeline. “It’s hard to predict when, but the movement is afoot,” said Martin.

“That’s really helpful to us as we put ourselves in position to be able to make the right decisions long-term,” he said.’I’m excited about it.”

Exasperate yourselves further at