Eleven kilograms of magic mushrooms have been discovered by police during a raid in Melbourne‘s northeast.

Officers raided a commercial business on Dougharty Road at Heidelberg West on Wednesday and found the mushrooms, also known as psilocybin, separated and packaged into 500 gram lots.

Victoria Police seized the fungi, which cause hallucinogenic effects when consumed, and then raided a motel in Macleod where they arrested a 49-year-old man. 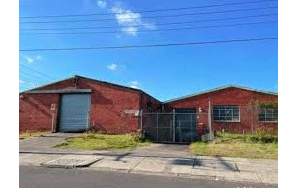