Aussie Sports Bods Get Into Cannabis Game.. Levin Health Hires 3 Of Them

Clarkson, Australian basketball legend Lauren Jackson and top jockey Damien Oliver have been announced on an advisory board for Melbourne company Levin Health.

Clarkson, who coached Hawthorn to four premierships, is taking a year off and went to the United States last month for study and business.

“Regardless of whether it’s amateur or professional, AFL can be a brutal contact sport,” Clarkson said in a company statement.

“Chronic pain and challenges associated with concussion are ongoing side-effects for many ex-AFL players and often for their friends in the wider community.

“I know the doctors Levin Health are working with at La Trobe University really well and I trust them. Their involvement underpins the work Levin Health is doing so I’m happy to help where I can.”

Clarkson has gone ahead with his sabbatical after knocking back feelers to coach Collingwood and Carlton.

He ended his 17-year association with the Hawks in August when it became clear a proposed succession plan with new coach Sam Mitchell was unworkable.

Last month, Clarkson also became an advisor to Tasmania’s bid for an AFL licence, giving that campaign a significant boost.

He has said he would be open to coaching a Tasmanian AFL team.

The sports science company is developing medicinal cannabis products, as well as “objective diagnostic and treatment devices for concussion”.

The advisory board will look at areas such as chronic pain, concussion and mental health. 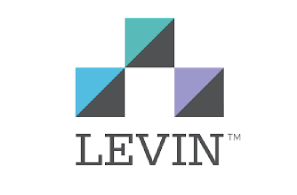